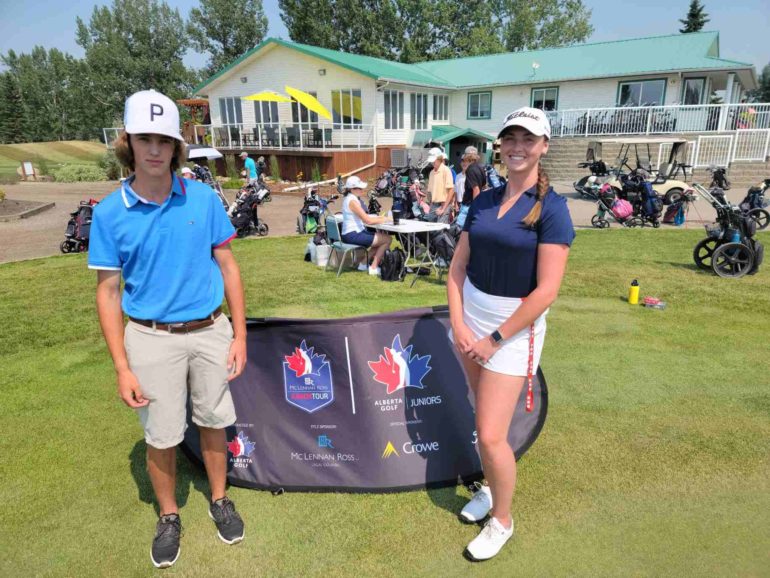 Brilliant sunshine, light breezes and the largest field of the 2021 McLennan Ross Alberta Junior Tour were the order of the day this morning at the Olds Junior Open, today’s Tour stop in a busy four-events-in-four-days swing through Central Alberta.  No disrespect to the other Tour host sites so far this year, but this was easily the best-conditioned golf course I have been on this year, period. Kudos to Head Professional Wade Bearchell and his entire team in Olds for putting on a sensational junior golf tournament today for 94 juniors from as far away as Lethbridge and Edmonton and numerous points in between were treated to a terrific junior golf experience.

From the well organized Registration desk (every kid got a complimentary Olds GC towel and a poker chip ball marker), to at least a dozen volunteers helping with scoring, to the homemade chicken fingers and fries for the players’ lunch, to the dozens of prizes, Olds continued to live up to its reputation as one of the ‘Must Plays’ on the Tour.  Play moved along at a crisp pace and the weather continued to cooperate.

Reid Williamson of the host club put his home course knowledge to good use, firing a steady round of even-par 72 to capture his first Tour win.  Williamson’s effort was 2 shots clear of Chris Colberg of Valley Ridge and Brady Durkin of Meadowlands GC at Sylvan Lake. Dylan Nayyar of Country Hills was another stroke back in 4th place on 75.  All four boys earned their way into the season-ending Tour Championship at Wolf Creek Golf Resort on August 30th with their play today.

Other Tour Championship spots today went to Jalen Apedoe of Serenity GC  and Bennett Love of River Bend in Red Deer with matching 80s from the Boys U13 flight.

We had an outstanding field of 20 junior girls on hand today, featuring many younger players getting their first taste of tournament competition.  But the winner today also experienced her first McLennan Ross Alberta Junior Tour event, as Cassie Odgen, a 2-handicapper from  Springbank Links GC in Calgary,  fired a four-birdie and “lots of bogies” 79 to punch her ticket to Wolf Creek. Olivia Leung of The Winston was runner-up, four shots back with an 83, with Sophie Dhaliwal of Wingfield GC another shot back in third. What a treat it has been so far this spring to see the ever increasing number of junior girls in the Tour competitions.  The future of junior golf and the game in general is well served with this terrific increase in participation.

I wanted to take a moment to compliment Ogden’s pairing of junior girls that included Olivia Leung and Ann Kibria from the Edmonton Petroleum GCC.  These three older junior girls were joined up with young Brooks Newfield of River Bend, who happened to be a young boy of about 12.  Easy to confuse a “Brooks” for a girl in Canadian golf!  Anyway, these three girls couldn’t have been nicer to the young boy and the entire group had a blast on the course.

FULL LEADERBOARDS OF ALL FLGHTS HERE

Complete results from all flights are now online at www.albertagolfjuniors.org under the Olds link.

Next stop on Tour is Thursday, July 14 at the Lacombe GCC for a 9 a.m. shotgun start. 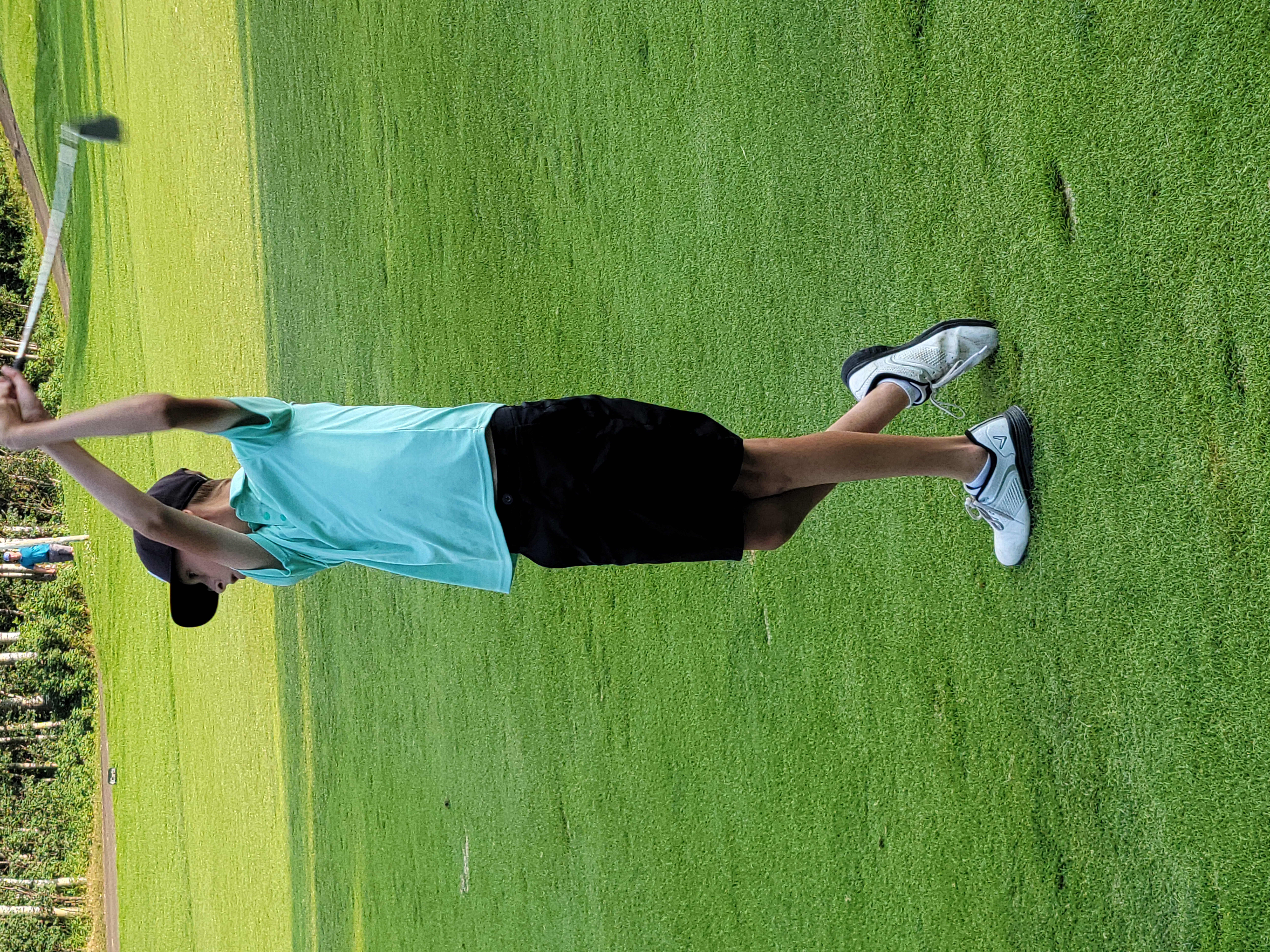