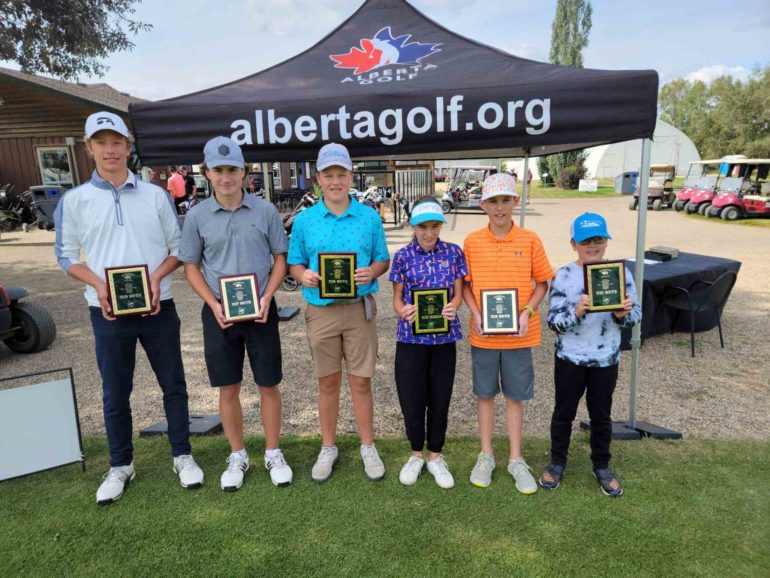 Often in life, less is more.

We had a somewhat smaller field this morning at the Wainwright GC, about two hours SE of Edmonton.  Two dozen junior golfers from as far away as Edmonton and Calgary made the trip to both enjoy some fabulous hospitality from Head Professional Josh Copeland and his team, but also a superbly conditioned golf course despite the lack of rain in southeastern Alberta all summer.   Every player received a complimentary sleeve of Callaway Chrome Soft golf balls at Registration, and over half the players in the field earned some prize money by the end of the tournament.  Pace of play was brisk, with every group finishing in under four hours and twenty minutes. We also had a handful of young players getting their very first taste of tournament competition. What we lacked in numbers, we more than made up for with all the side benefits of junior golf competition.

Blake Reimer, 18, of the Windermere GCC, made his trip east more than worth his while, firing an excellent round of 2-under par 70 to take home his first Tour title of the summer.  Reimer rolled in five birdies and an eagle to offset a few mistakes as he finished five shots clear of 12-year-old Ryan Johnson of Silver Springs GCC in Calgary. Ryan’s twin sister Olivia  won low gross honours in the junior girls’ division with a steady round of 82, four shots clear of Sela Ogada of Sirocco GC, also in Calgary. 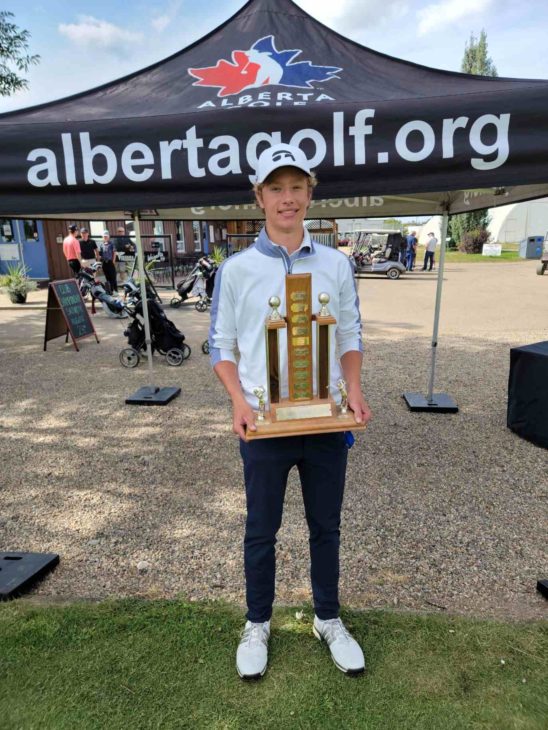 FULL RESULTS IN ALL DIVISIONS HERE

Next event on Tour is Wednesday, August 18 in Camrose with a big field of about 75 players expected for the 9 am shotgun start.  Included in tomorrow’s entries is three-time defending Junior Girls Tour Champion Jayla Kucy of the host club, who will be making her first Tour start of the summer as she tries to qualify for the August 30th Tour Championship at Wolf Creek Golf Resort. After the Camrose event, only two more regular season McLennan Ross Alberta Junior Tour tournaments will remain on the 2021 schedule (Airdrie and Nanton) before the Tour Championship.  Competition should be intense tomorrow as players not yet qualified to compete at Wolf Creek will be pulling out all the stops to get a coveted spot in the Tour Championship field.