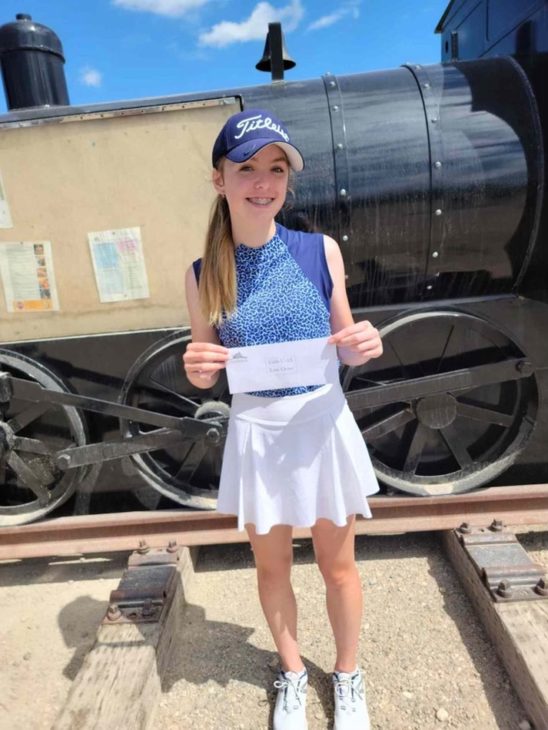 One of the joys of golf is to see the variety of courses we get to play.  Yesterday, we had the incredible scenery of the Rocky Mountains in Canmore and this morning, we were treated to a links style layout in Crossfield at the Collicutt Siding Junior Open. Other than the trees, about the tallest thing on the golf course was the prairie fescue lining many of the fairways.  What a change in panoramas!

Forty juniors from across southern Alberta were on hand this morning, including 12 junior girls!  Head Professional and General Manager Lyndon King is well renowned for running the largest and most successful junior golf academy in Canada, with “only” 600 kids enrolled this year in the post-COVID era of the academy, down from a peak of about 1,000 kids only a few years ago.

Even though we had only about half the players in Crossfield that we did in Canmore yesterday, the competition was just as fierce.  It’s too bad that we didn’t have time or the access to the busy Collicutt Siding golf course after the tournament, as four junior boys had tied for overall low gross with 1-over par 73s. One boy came from each age group in an unusual and perhaps unprecedented photo finish for a McLennan Ross Alberta Junior Tour event.  But the boys didn’t post the day’s low score!

Sophie Dhaliwal of Wingfield GC in Calgary posted a personal-best score of even-par 72 to not only capture the girls’ U17 flight, but earn bragging rights for the overall junior girls Low Gross honours.  But the interesting aspect of the scoring today was that Sophie’s younger brother Jeevin Dhaliwal, playing out of the U13 flight and from the same set of tees as the girls, was one of the four boys who turned in scores of 73.  I wonder how THAT chirping will be around the dinner table tonight in the Dhaliwal household! LOL  I will possibly find out tomorrow as I believe both kids are entered in the Olds Junior Open tomorrow morning. 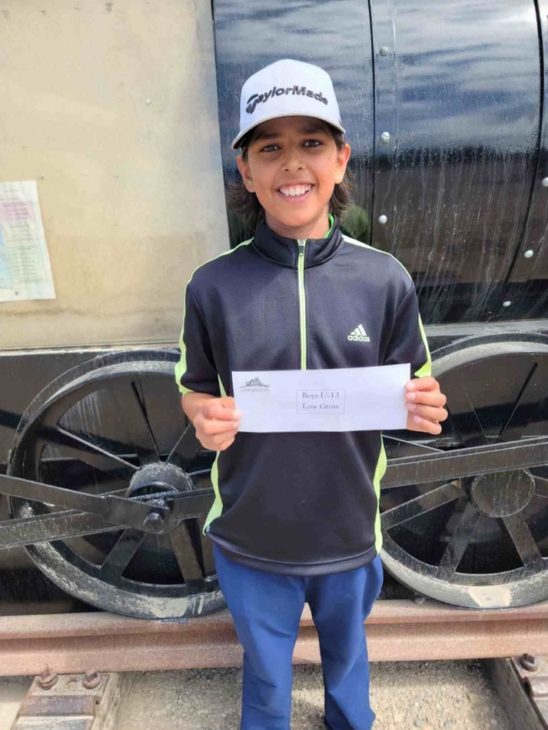 Other junior girls flight winners today were: Raylee Denton (79) of Red Deer GCC in the U13 flight, and her clubmate Coryn Tardif (83) in the girls U15 division. It was invigorating to see the girls making up 30% of the overall field today.  Sydney Morihira of Silver Springs GCC was Low Net winner with a 69. 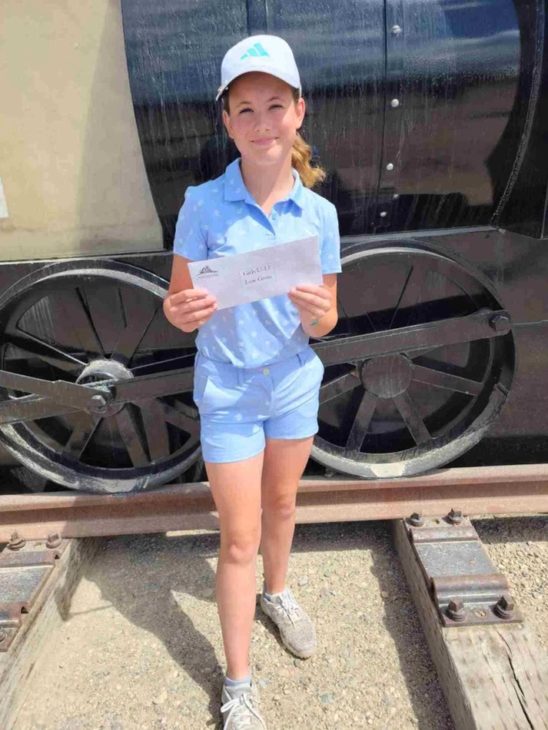 The other boys who finished at 73 were Fin Vermette of Meadowlands GC in Sylvan Lake (U15), Jason de Klerk of the host club in the U17 division and Dekin Benson of Whispering Pines GCC at Pine Lake in the U19 age group.   The overall Low Net boys winner was Nolan Rudyk of Woodside GC in Airdrie who went deep with a net 62. 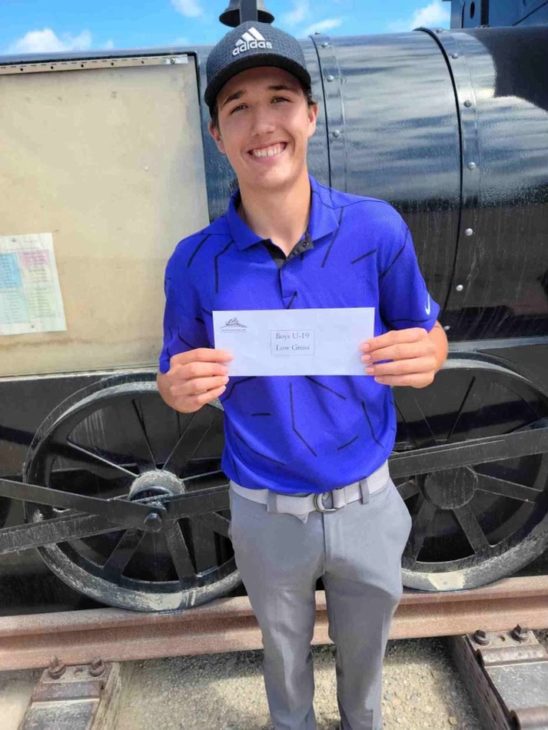 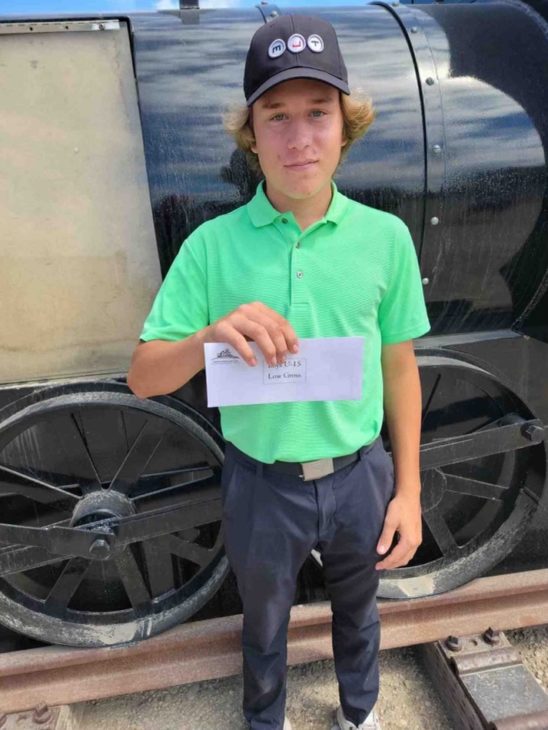 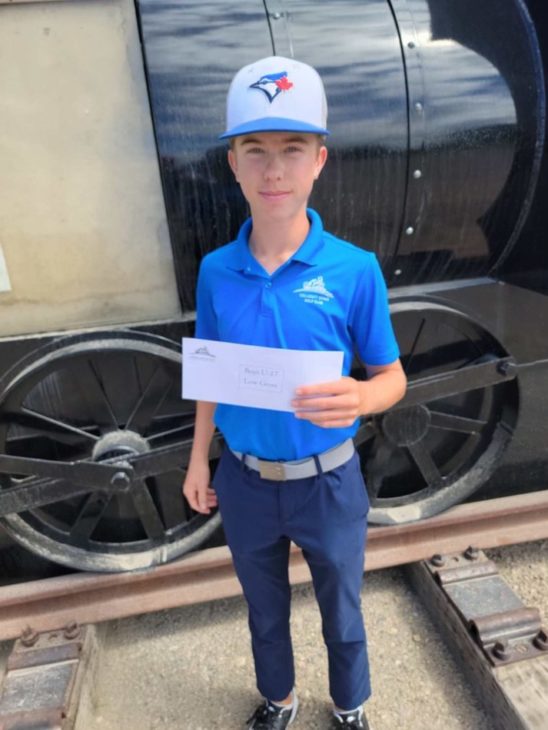 The busiest week of the 2022 Tour season continues Wednesday morning with a 9:00 shotgun at the Olds Community GC. 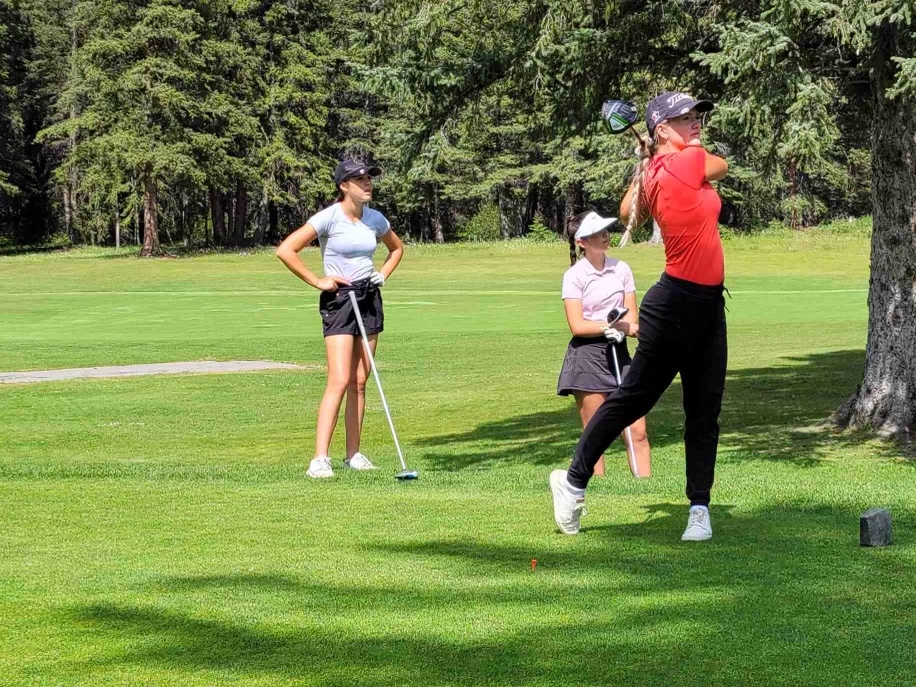