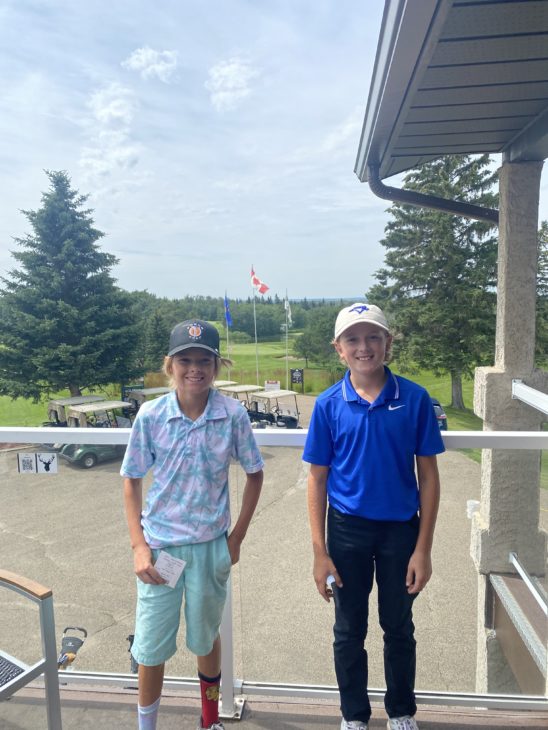 Let’s do the math.  Average  25 tournaments a year for 27 years, with say, 75 players per event to be conservative.  That’s over 50,000 rounds of golf from most of the best junior golfers in Alberta for over the last quarter-century.  And today, we had a junior go where MAYBE one other player had gone before in the history of the McLennan Ross Alberta Junior Tour, dating back to 1996.

This afternoon at the Ponoka Junior Open, re-scheduled to this morning after being rained out last month, 15-year-old Becker Gilewich of the Windermere GCC ‘took it deep’ to the tune of EIGHT-under par during his round.  Gilewich, recently crowned the junior boys Club Champion at Windermere, didn’t complete his round at 8-under, but more on that in a moment.  We have had a handful of 6-under and 7-under rounds on Tour over the years, but to the best of my memory, maybe only Ryan Moore of Ponoka, who is now the Head Professional at the Ponoka club, had his round at 8-under par at one point during the round.  I think Moore finished at 6-under 66 that year in the Ponoka Jr Open, but in  the other 7-under rounds turned in by Joel Shackleton ( at Montgomery Glen),  Chase Teron (Canmore) and Tyler Saunders (Camrose), we don’t believe that those kids ever reached 8-under at any point.

Gilewich was 4-under on the front 9 this morning under sunny skies and light breezes over the very nicely conditioned Ponoka Community Golf Club layout.  An eagle on the par-5 10th hole, followed by birdies on #12 and #13 left the Windy youngster breathing some rarified air at 8-under with 5 holes to go. But his round came off the rails a bit on the way to the clubhouse, and he ended up  signing for a 4-under 68, which was nonetheless his lifetime best score and the low round on the McLennan Ross Alberta Junior Tour this year.   Needless to say, the score was low overall in the field of 50 juniors from across the province, and tops in the boys U17 age group. Russell Quinn of Glendale GCC was 6 shots back in 2nd with a fine 2-over par 74. 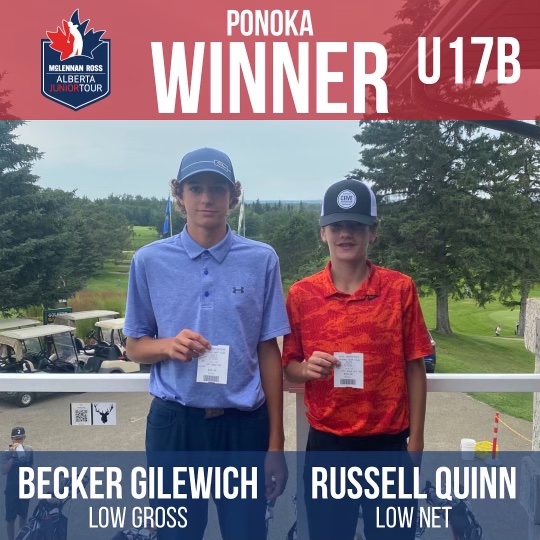 This was simply some phenomenal golf from a very talented young player.

We thought for a while that the ‘story’ of today’s tournament might be the 2-over 74 turned in from the boys U13 division by 12-year-old Chase Strang of Woodside GC in Airdrie.  Strang hooped it from 102 yards out on the par-4 9th hole for an eagle deuce to make the turn in 2-under 34, but he also bit the bullet somewhat on the back 9, ending up with his 74, which was still 7 shots clear in the age group of runner-up Brooks Newfield of River Bend Golf and Recreation Area in Red Deer. 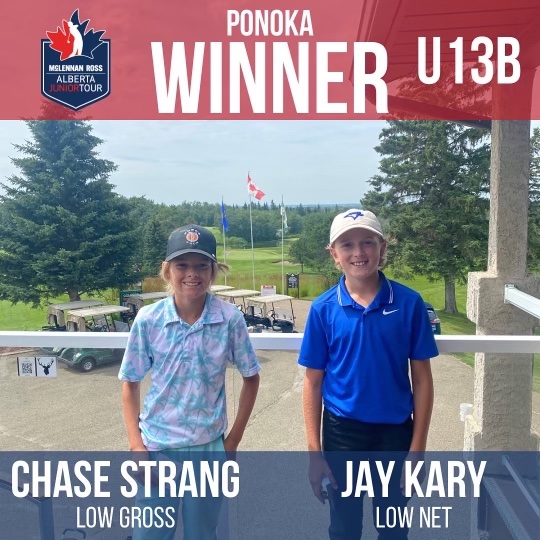 Boys U15 Low Gross honours today went to Evan Goplin of the Derrick Golf and Winter Club, who seems to be ‘overcoming’ the tutelage of his father Trevor, the Head Professional at the Derrick.   Goplin’s 3-over par 75 was best in his age group by 5 shots over his clubmate Theo Lau. Boys U19 winner this afternoon was Jace Shannon of Forestburg with a 77. 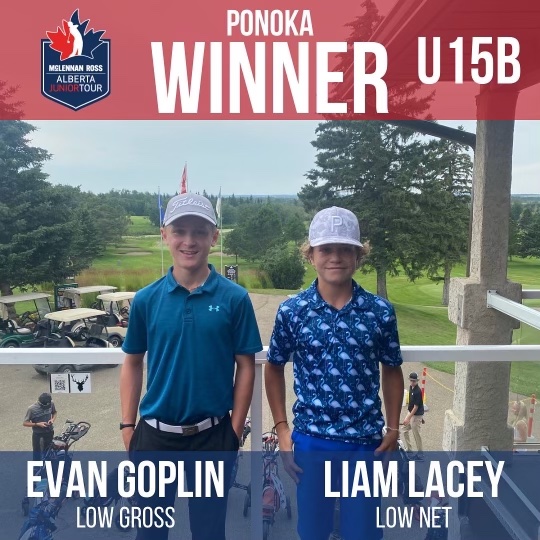 Another ‘career-best’ round today was turned in by 14-year-old Nicole Rohr of Camrose, whose 78 was her best-ever round on the McLennan Ross Alberta Junior Tour.  Rohr and runner-up Sela Ogada of Sirocco GCC in Calgary have been frequent competitors and playing partners on Tour this summer, but Ogada (87)  had to play second fiddle today. 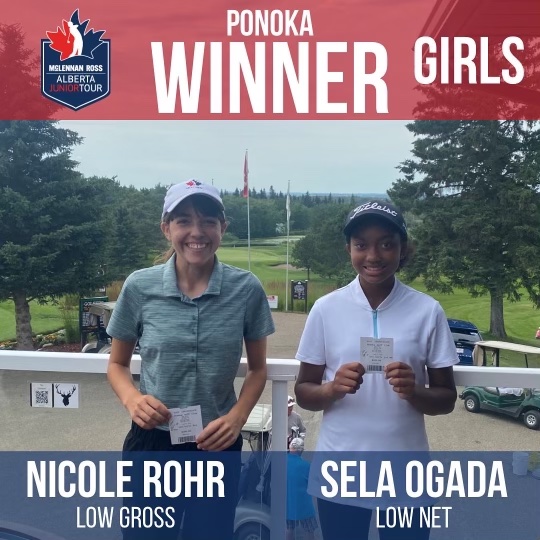 Next event on Tour is bright and early on Thursday morning at the prestigious Edmonton Petroleum Golf and Country Club with a strong, sold-out field of 68 competitors expected to tee it up. 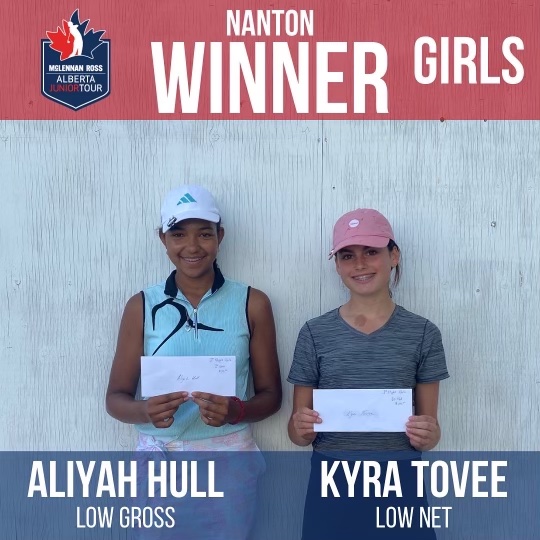