6 Champions crowned at Alberta Springs at the U17, U15, U13 Championship 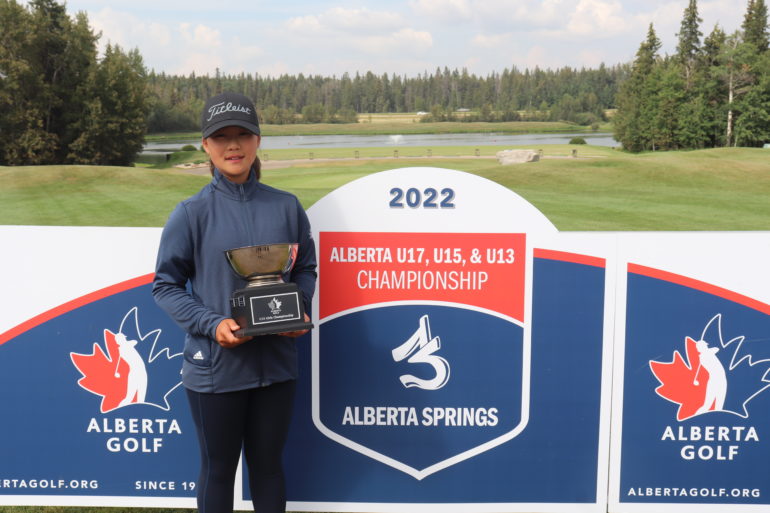 Alberta Golf (Red Deer) – 6 champions were crowned at Alberta Springs Golf Resort in Red Deer at the 2022 Alberta U17, U15, U13 Championship.

In the Boys U17 division Connor Czirjak from Mickelson National Golf Club shot a 66 and ended up in a playoff with Graysen Collins who shot an incredible 29 on the back nine in the final round. Czirjak made par on the first playoff hole to secure the victory. 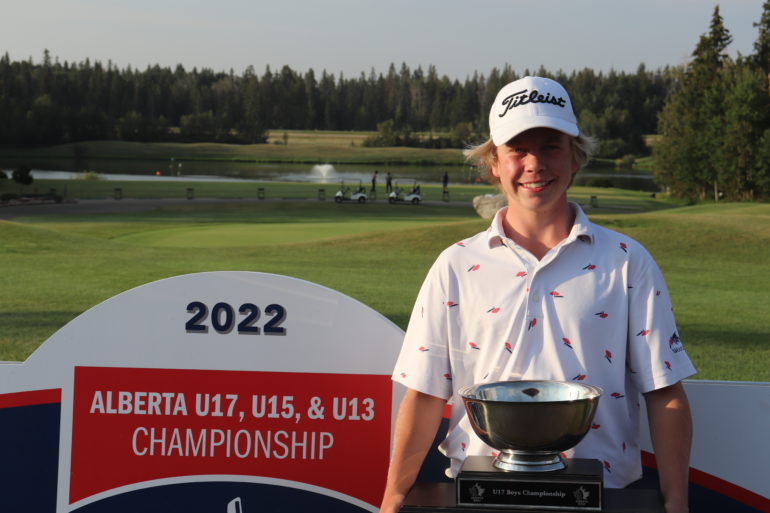 In the Girls U17 division, 11-year-old Clara Ding from British Columbia made a birdie on the first playoff hole to beat Aastha Savadatti from Canyon Meadows Golf Club. 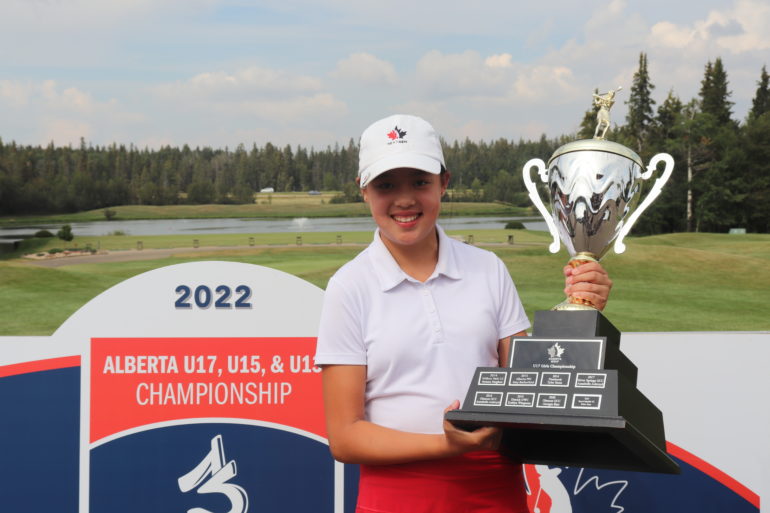 The Boys U15 division had an amazing 7-hole playoff between Peter Hlushak from Windermere and Brae Rogalczyk from Olds Golf Club. Both players made epic long putts and dramatic saves during the playoff when it seemed the other had the trophy in their grasp. In the end a clutch par save on the 7th playoff hole by Peter Hlushak earned him the U17 Boys title. 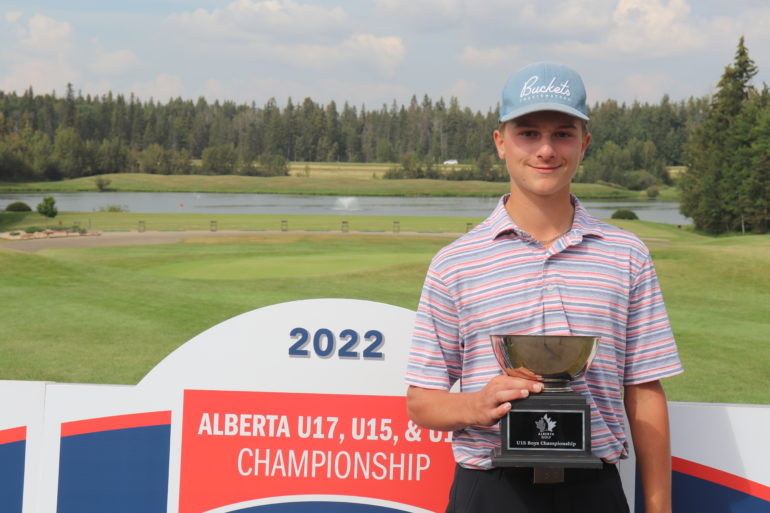 In the Girls U15 division Eileen Park from the Red Deer Golf and Country Club cruised to a 12-stroke victory to add to the U19 Championship she won earlier this summer. 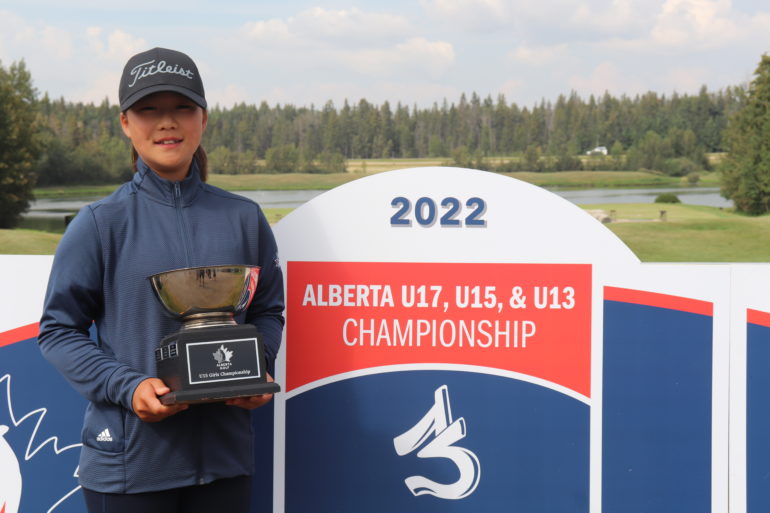 In the U13 Boys division, Chase Strang from Woodside Golf Course shot 76 for a 1 stroke victory. 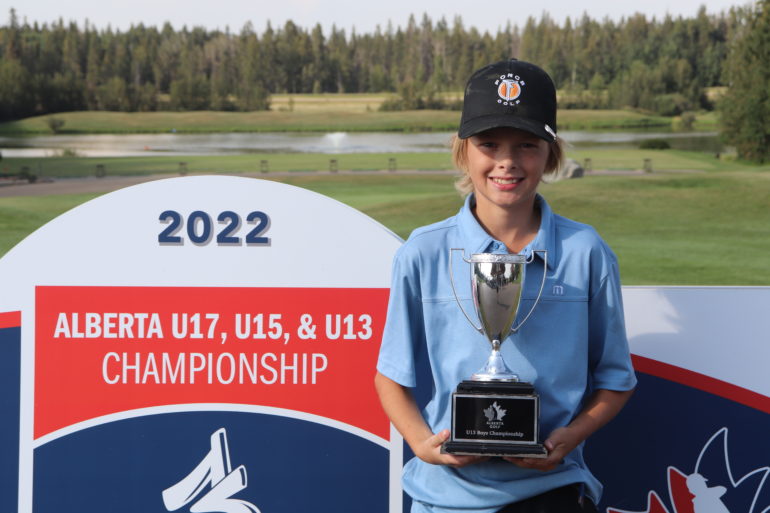 In the u13 Girls Division 11-year-old Aleah Shields-Rodipe had a round of 75 to win the title. 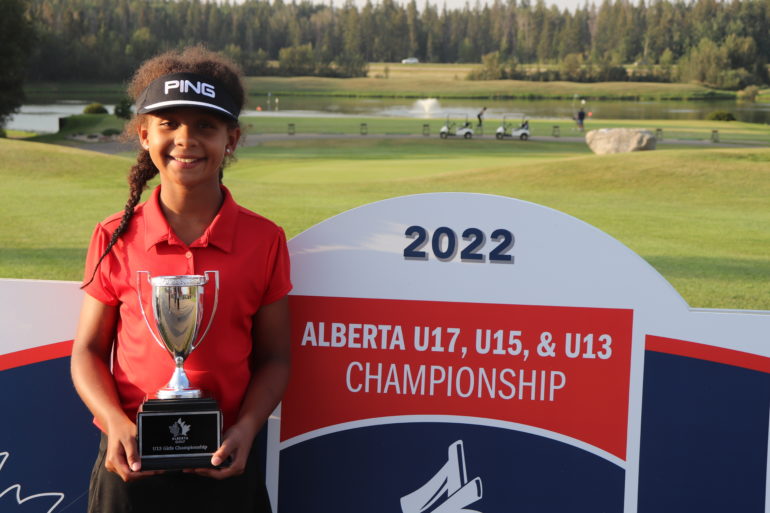 WATCH INTERVIEWS WITH ALL 6 CHAMPIONS HERE 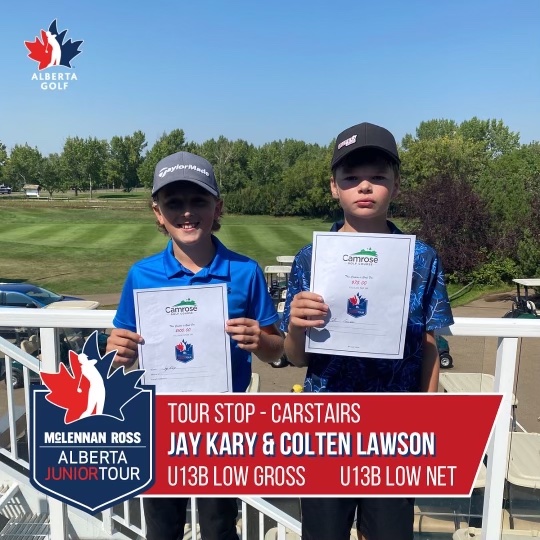