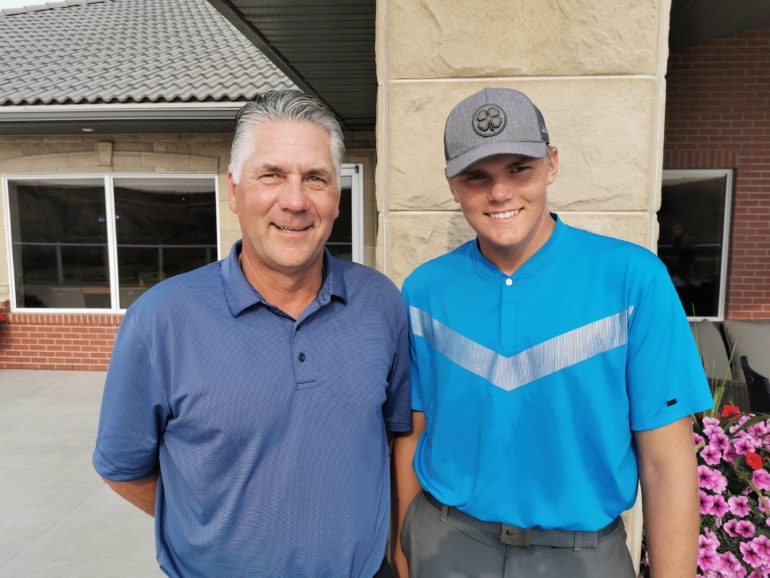 The McLennan Ross Alberta Junior Tour made its second-last ‘regular season’ stop of the 2020 season today at the beautifully groomed Desert Blume Golf Club in Medicine Hat.  It was smokin’ hot in the ‘Hat, as afternoon temperatures soared to 34C to greet 33 juniors from as far away as Edmonton and Fort Saskatchewan.  With only today’s event and the final tournament of the season on Tuesday in Nanton, many players were doing their utmost to nail down berths in the 25th annual Tour Championship coming up this Friday at Wolf Creek Golf Resort.

Local knowledge paid big dividends today as 15-year-old Wyatt Bishop of the host club toured his home track in an even-par total of 72 strokes to capture his first Tour title. Bishop’s round was highlighted by a great stretch of four consecutive 3’s midway through the back nine.

Ethan Meyer, 18, of Lethbridge Country Club, did his best to defend his 2019 Desert Blume title, but fell 2 shots short with a 2-over 74 for runner-up honours.  Meyer’s round was remarkable in that he didn’t exactly burst out of the gate, taking a quadruple bogey ‘snowman’ on the first hole and then playing the final 17 holes in 2-under!

Wolf Creek qualifying spots went to both Meyer and Bishop, along with Harley Mohr, 14, of Fort Saskatchewan, who shot 77 in the flight for boys born in 2006 and later. Wild Card qualifying berths went to Brady Deboice (77) of Riverview GC in nearby Redcliff, along with clubmates Jacob Dorton (78)  and Owen Bruins (78) of Desert Blume. Bruins is one of those more and more prevalent “kid of a kid” Tour players,  as his father Matt was about Owen’s age in the early days of the Tour in the late 90s. The ‘echo’ effect is taking effect with the boom of junior golf in our province.

After 23 junior girls on hand on Saturday in Airdrie, we had only two junior girls competing today.  Aliyah Hull of Lakeside GC in Chestermere fired a 98 to defeat Abby Froom of Henderson Lake GC in Lethbridge and punch her ticket to Wolf Creek this Friday.

Congratulations to all the juniors on hand today, as the Desert Blume course is arguably the most difficult on the Tour for kids to walk, and it was certainly an even tougher challenge in the 34C heat.  No one quit and the kids played at a very acceptable pace. Well done!  (no pun intended)

Last event of the regular season on Tuesday in Nanton.  Sold out field of 60 players.

Tour Championship on Friday at Wolf Creek will wrap up the 2020 season. 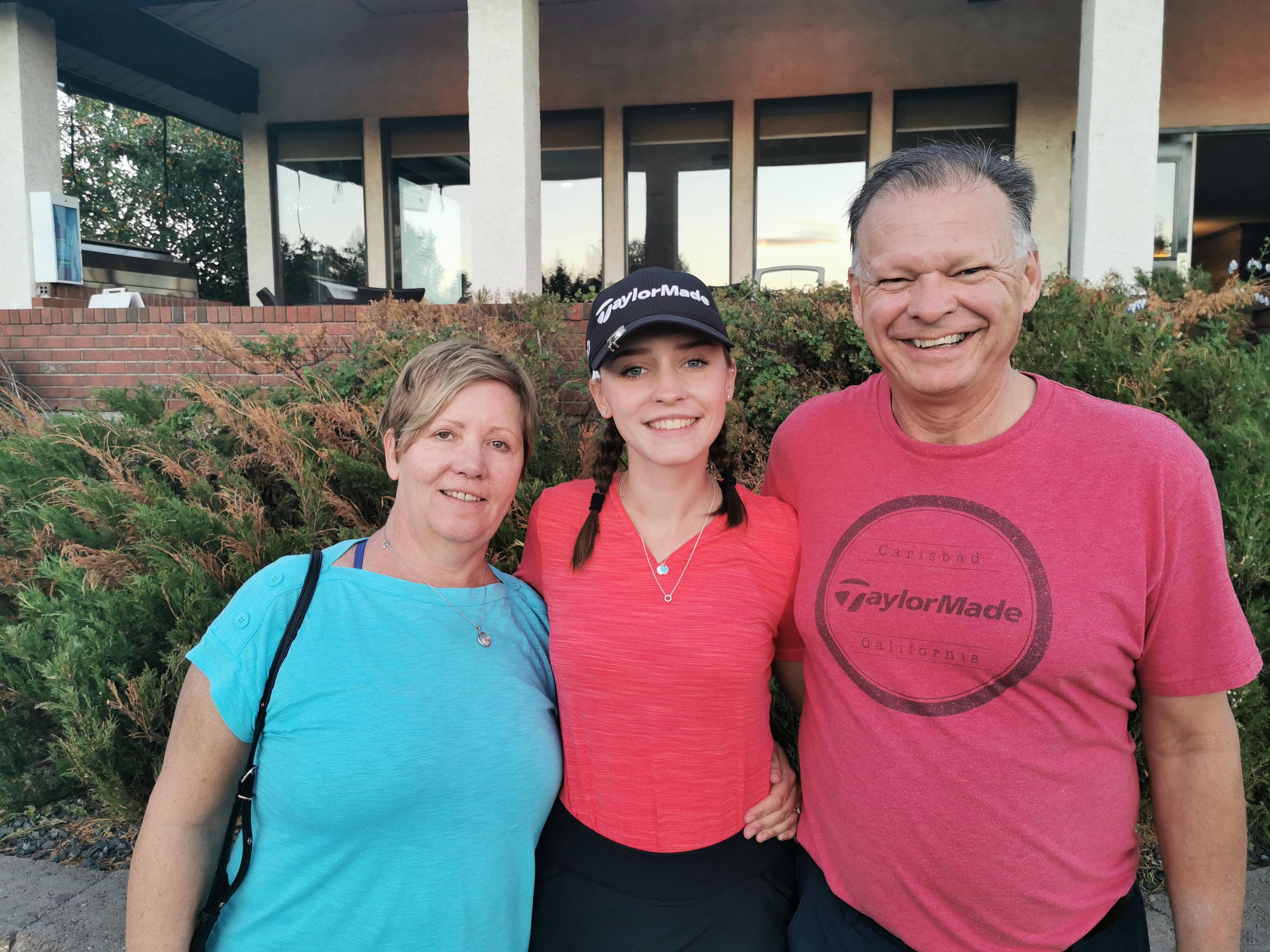