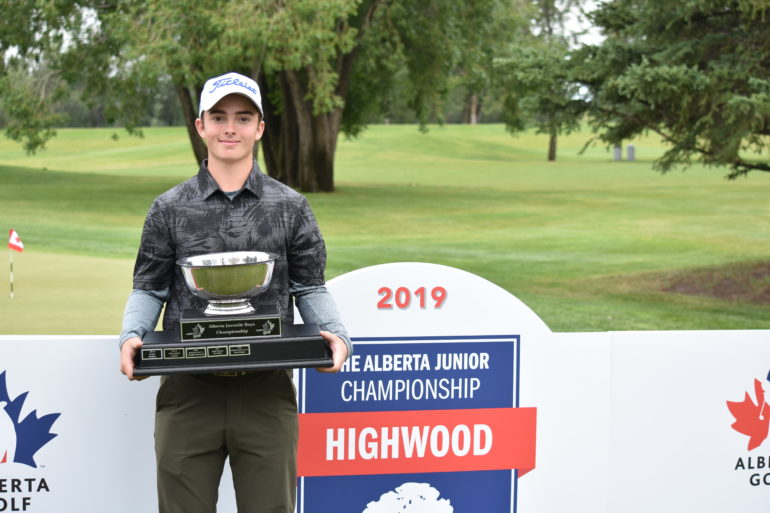 Alberta Golf (Calgary) – Over the winter we will be doing player profiles on our high performance athletes. This week’s profile is on Tommy McKenzie of Calgary.

Tommy grew up in Calgary playing hockey, basketball, did some boxing and of course played golf with his brother and dad from a young age.

“I first hit balls when I was 8 years old at the driving range with my dad and brother,” McKenzie said ” I kind of got into it because my brother was playing in the summer and I just wanted to hang out with my brother and my dad so that’s how I got into it.”

VIDEO: Tommy McKenzie in his own words.

The 16-year-old from Calgary says there’s nothing quite like competitive golf.

“It’s awesome being outside in a good environment,” McKenzie admitted. “It’s casual but it can be really competitive and I love competitive golf, you get the competitive juices going and I just love that.”

McKenzie was highly competitive in 2019 winning both the Future Links Canadian Western Championship at Wolf Creek Golf Resort and the Alberta Juvenile Championship at Highwood Golf in High River. He says 2019 was his best year yet. 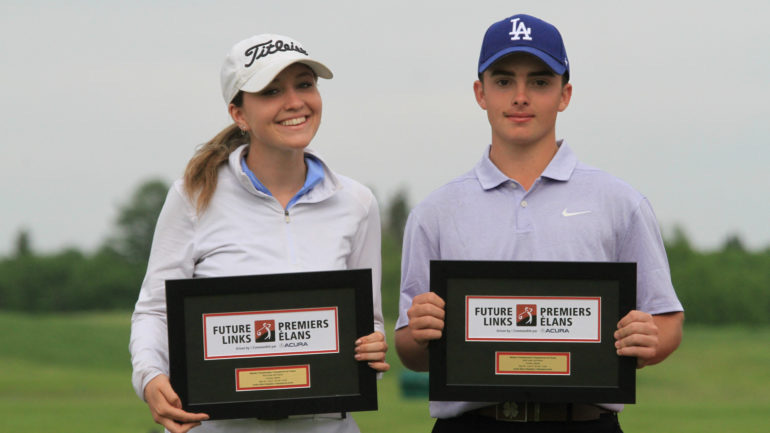 “Playing in the Western Championship at Wolf Creek is probably my favourite golf memory,” McKenzie said. “The first round I shot an 80 which I was really disappointed with but the second day I just went out to have fun and I pulled off a 66 and it was a boost of confidence, I’m happy I got to win that one.”

This winter McKenzie is working with his long time swing coach Jay Myren at the Priddis Greens Golf and Country Club indoor performance centre. He says he’s proud to be on the Alberta Golf High Performance Squad and also happy he can use his Alberta Golf Scholarship towards his coaching.

“It’s a pretty big honour,” Mckenzie beamed. ” I get to keep my coach Jay which is awesome and put that money towards jay helping me and also being sponsored with Titleist I get to play a club that I really love.”

Sporting a Montreal Expos cap, the Bishop Carroll High School 11th grader says it’s cool to go to the same school that Atlanta Braves star pitcher Mike Soroka went to and it’s making him think about where the future will take him.

“My strength is consistency. I do hit the ball off the map a couple of times but usually it’s just keeping it in play,” McKenzie admitted. “Hitting greens in regulation, two putting and making sure it’s all consistent, my goal this season is to play well and pick up where I left off last year and my goal is to get a Division One scholarship.”