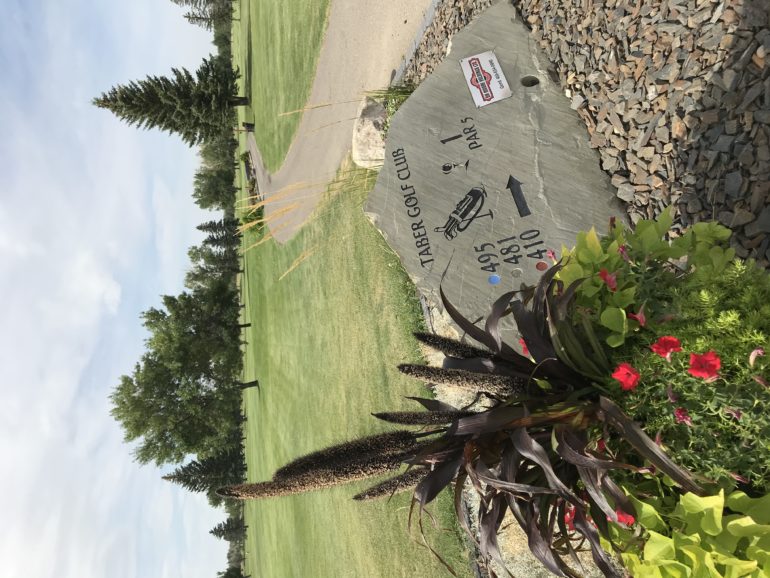 Taber Golf Club has conducted a Junior Open for many years, but their 2020 edition was the first time the event has been included on the McLennan Ross Alberta Junior Tour schedule.  Judging from the outstanding hospitality on display from the host club organizers, I doubt this will be the last time we have Taber on the Tour schedule!

A fairly late addition to the 2020 Tour, the Taber event gave juniors in the southern part of the province the opportunity to compete in a well-run tournament with the additional opportunity of earning qualifying spots for the upcoming Tour Championship at Wolf Creek Golf Resort on August 28th. With another Tour event coming up Thursday morning at the Edmonton Petroleum Club, John Burns from Alberta Golf was on site today to help General Manager Kirby Schmitz and his team with the administration of today’s tournament. From all reports, the community really got behind the event, with fabulous prizes donated by the business community and several on-course volunteers including the Chief of Police!  We had about 50 juniors on hand this morning from as far away as Medicine Hat and Calgary, and when the word spreads about how well the players were treated, you can rest assured that the 2021 Taber Junior Open will have a larger and even stronger field of competitors.

The play today was outstanding.  Three junior boys finished tied for Low Gross Honours with 3-under rounds of 69.  Zach Haydamack, Brennan Tailfeathers and Jaden McIntyre finished in the dead heat, but as time did not permit a playoff, the three youngsters were declared Tri-Champions. Josiah Tong of Heritage Pointe finished solo 4th with a 1-under 71.  With the Tour Championship coming up in just over two weeks, spots in the field are a valuable commodity. New qualifiers today included the tri-champions, Lyndon Kurvial (75) from the flight for boys born in 2006 & later, and Wild Card Qualifiers Braeden Van Dusen (73) and Braden Stahl (75).  My apologies to the players but I don’t have home clubs from very many of the kids today.

Brennan Tailfeathers (L) with Andrew Makarchuk of the Taber GC 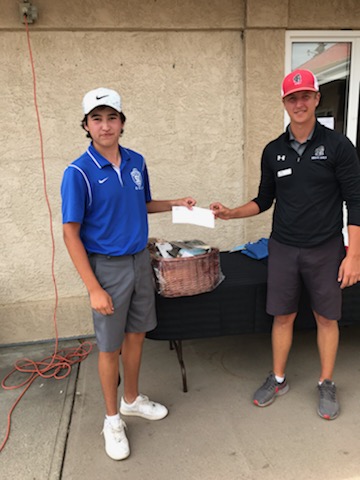 Zach Haydamack (R) with Andrew Makarchuk of the Taber GC 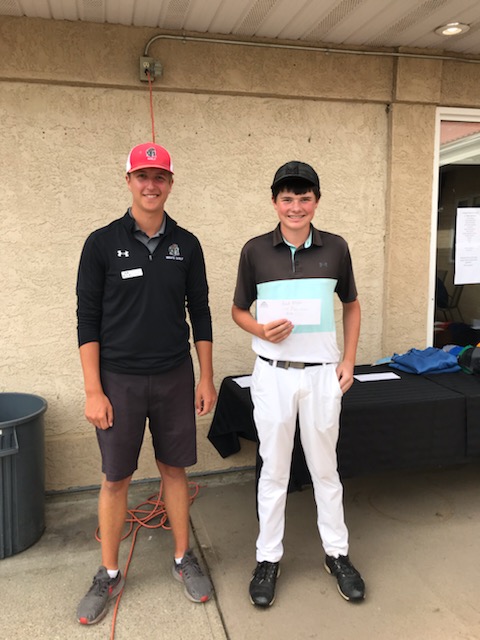 Jaden McIntyre with Andrew Makarchuk of the Taber GC 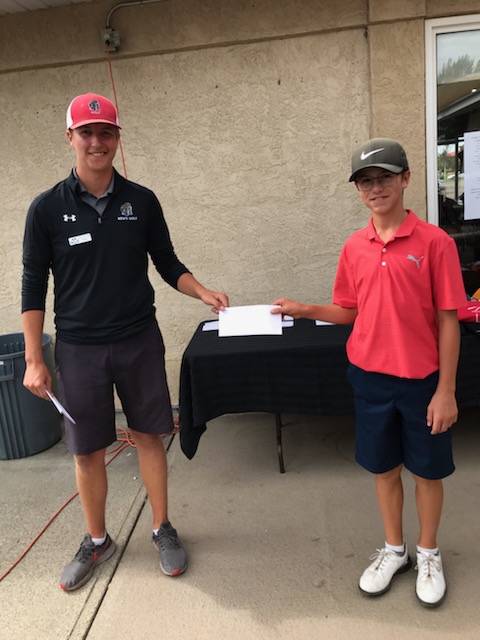 In the junior girls’ division, the host club’s Alanna Makarchuk was best of the six competitors on hand this morning, firing an 89 and punching her ticket to Wolf Creek. 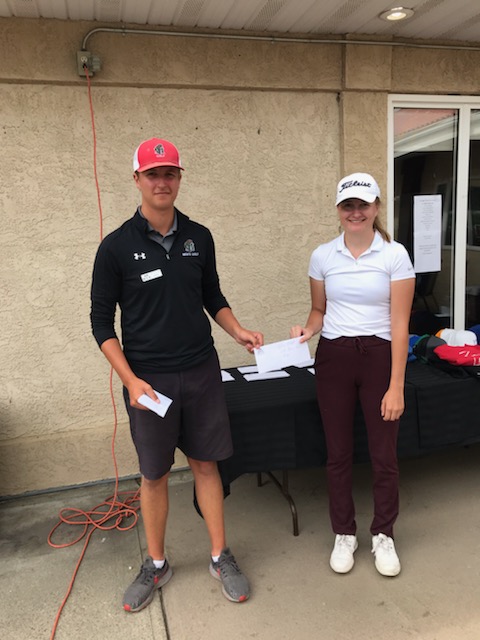 The Tour swings back into action at 7 a.m. on Thursday at the Edmonton Petroleum GCC featuring arguably the deepest and largest junior girls’ field on the Tour in at least ten years.  We have 25 junior girls registered to compete tomorrow, featuring players like Kaitlyn and Alexa Wingnean, Jenna Bruggeman, Brooke and Belle Brezovksi, Tour winner Olivia Leung and a host of young girls chomping at the bit to take their place in the upper echelons of girls’ junior golf in Alberta in the coming years.

The following players finished in the top 6 and ties in each age group, earning Titleist Order of Merit ranking points.

TITLEIST ORDER OF MERIT AS OF AUGUST 11TH 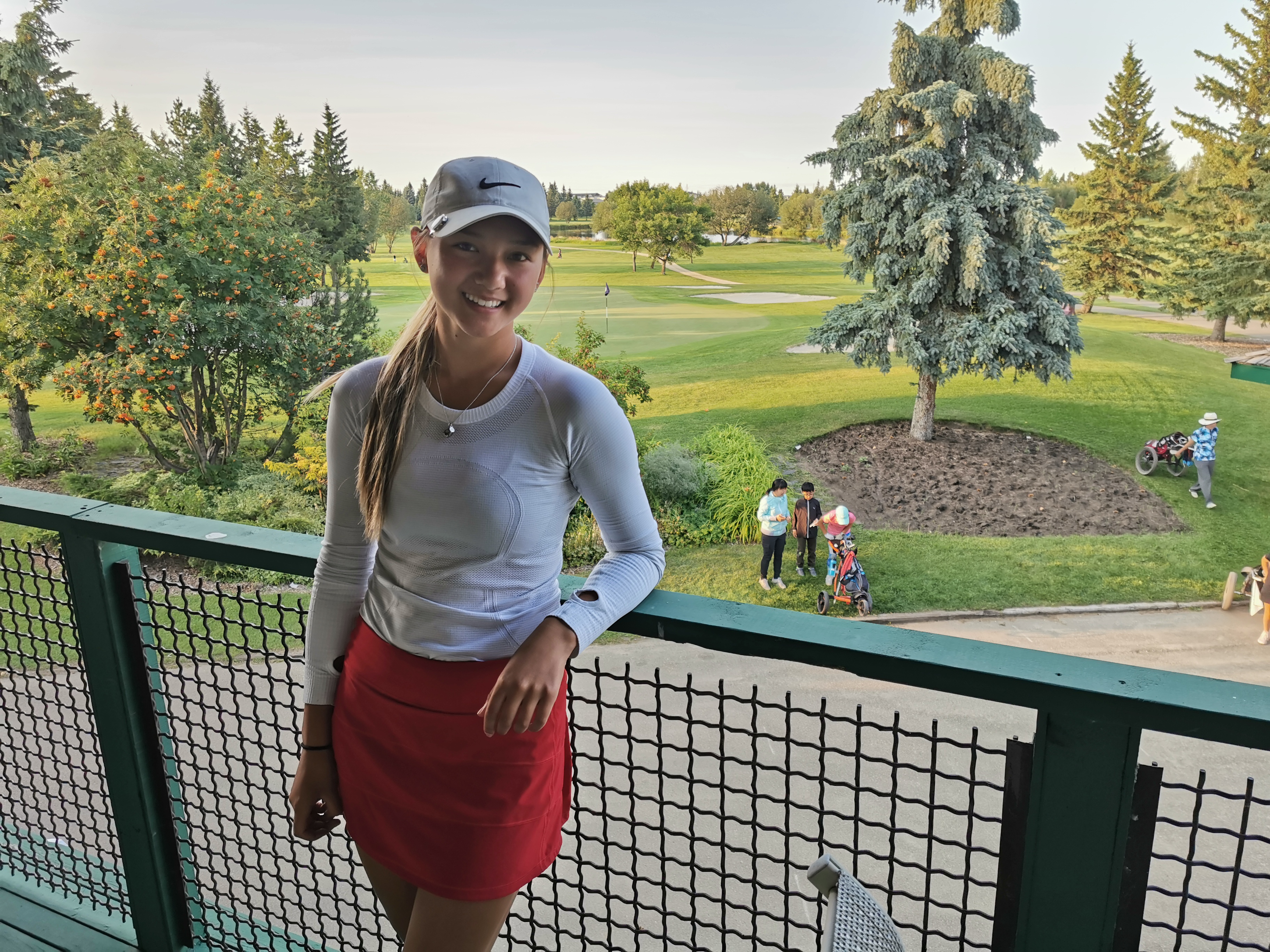