What a glorious morning for Junior Golf!  Not a breath of wind or a cloud in the sky greeted 50 juniors from as far north as Edmonton to as far south as Lethbridge at McKenzie Meadows GC in southeast Calgary.  With many of the province’s top juniors in Spruce Grove this week for the Alberta Golf U-19 Championships, the McKenzie Meadows event on the McLennan Ross Alberta Junior Golf Tour gave this group of largely younger competitors a chance to gain valuable experience and some well-deserved publicity.

What was very exciting was a terrific field of 15 junior girls, far above the Tour average in recent seasons and a reflection of the surge in interest in Junior Golf this summer.  Many of the youngsters seem poised to take their places in the upper echelon of Alberta Golf junior circles in the very near future.  Kristine Dixon of Lynx Ridge GC led the parade with a solid 78, a single shot clear of Pinebrook’s Jade Carter, whose 79 would capture the title at many junior tournaments. Carla Van Remmen, Carter’s clubmate at Pinebrook got on the podium with an 84 as all three girls earned spots in the season-ending Tour Championship coming up on August 28th at Wolf Creek Golf Resort. 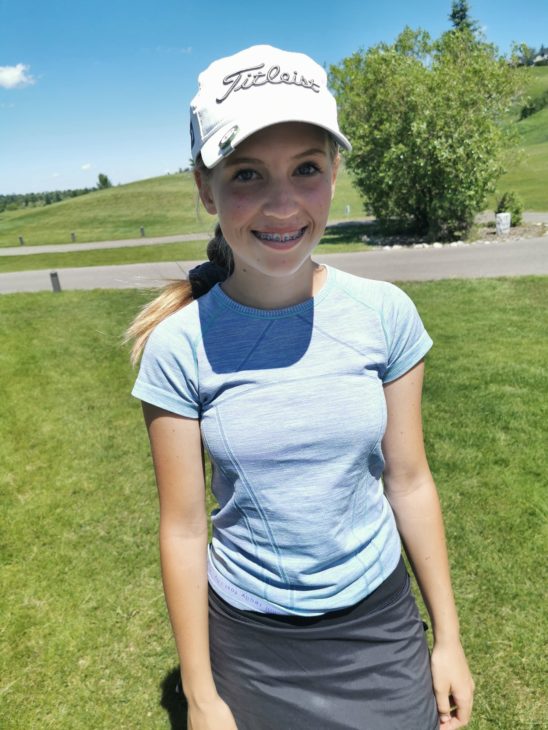 In the Junior Boys’ division, Jeremy Hart of Sirocco GC used today’s McLennan Ross event at a tune-up for this week’s U-19 Championship starting tomorrow at The Links of Spruce Grove.  Hart rode TWO eagles to a brilliant 3-under par 69 and it could have been even lower.  Hart had it 5-under par after 13, slipped up with a couple of bogies coming in, but held on to post his career-low round.  It was sweet redemption for Hart, who lost the 2019 McKenzie Meadows tournament in a playoff. Branden Lailey of The Winston GC, paired with Hart in the same tee time, cruised in with an even-par 72 to finish 2nd, as both players earned spots in the Tour Championship in the process. 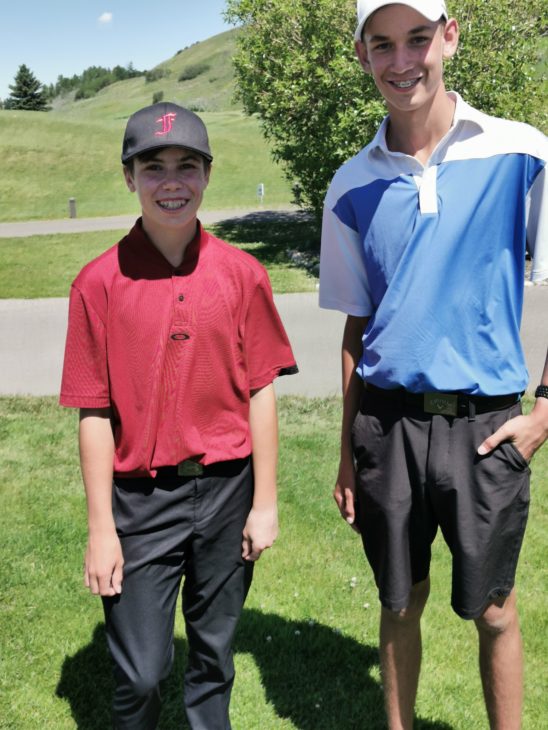 They will be joined by Spencer Drummond of Canyon Meadows GCC, who shrugged off a quadruple-bogey 9 on the first hole to to finish on 79, his first sub-80 round in competition. Other Tour Championship qualifiers included Charlie Gillespie of Canyon Meadows and Brae Rogalczyk of Olds, whose 74s tied for low in the flight for boys born in 2006 & later.  Wild Card qualifying spots went to Kylin Fraser of The Winston and Priddis Greens’ Sam Laquerre with matching 77s.

Next event on the Tour is in Carstairs Tuesday afternoon with another sold-out field of 70 players registered including 23 junior girls!  This certainly bodes well for the future of junior golf in Alberta and validates the McLennan Ross Alberta Junior Tour as a tremendous opportunity for young players to get their feet wet in the world of competitive junior golf. Next week’s schedule features the Lacombe Junior Open on Monday, July 13th and the Olds Junior Open on Wednesday, July 15th.  Spots are still open for both tournaments, but are going quickly.  Phone those clubs today to enter.