A busy four-events-in-four-days swing came to an exciting conclusion Thursday a half hour east of Calgary at the Strathmore Junor Open. At the conclusion of play, we had three players tied for low gross at 4-over par 76; Landon Osachuk of the host club, Alex Nekich from Lethbridge CC, and 13-year-old Sebastian Berube playing out of Priddis Greens GCC in Calgary. 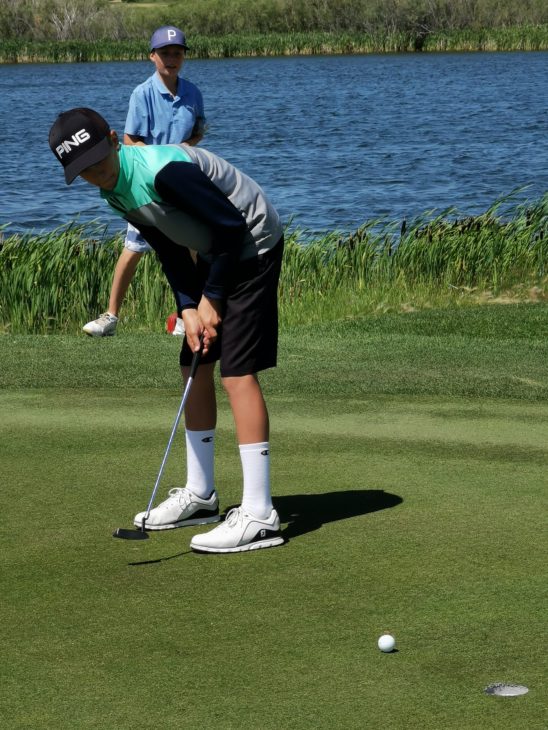 We sent the youngsters out for a sudden-death playoff and after all three parred the 375-yard par-4 18th hole, they went back down the fairway to the 100-yard marker to see who might have the best short game. All three hit the green about 30 feet from the hole, but Osachuk fell by the wayside with a 3-putt, leaving Berube and Nekich to keep going, this time on a 50-yard pitch shot.  Nekich hit his approach about 15 feet above the hole on a slick green, and blew his first putt about 10 feet past the cup.  When he missed the come-backer, young Berube was able to notch his first Tour win by tapping in for par.  He became one of only a handful of juniors aged 13 and younger who have captured McLennan Ross Alberta Golf Junior Tour events at that young an age. 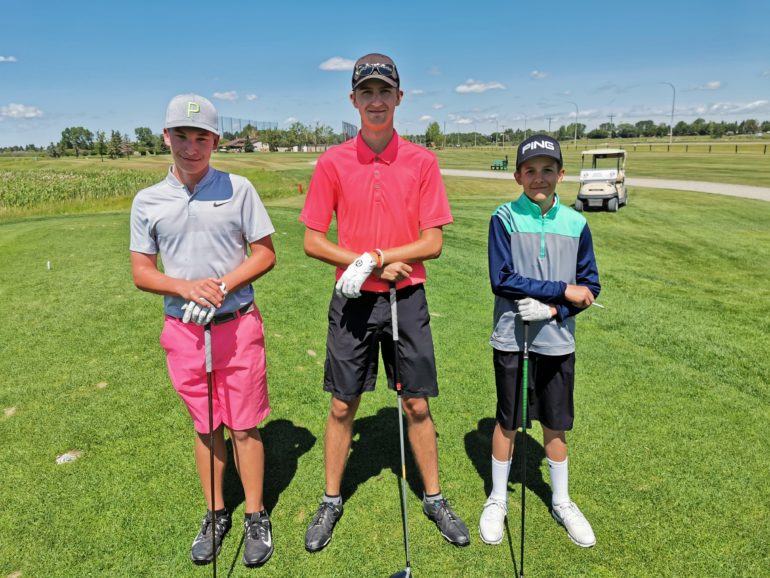 One of those players was Andrew Harrison of Camrose, who has been on a summer-long heater, capturing both the Alberta Open and the Sun Life Financial Alberta Men’s Amateur titles. Will Berube’s future be as bright? Time will tell. 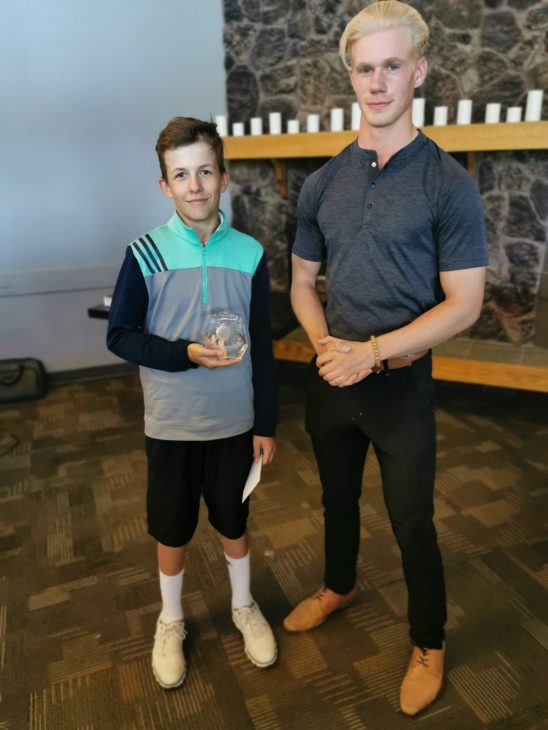 Tour Championship qualifiying spots today went to Osachuk, his clubmate John Filipionek (78), Zachary Haydamack (81) of Mickelson National GC in Calgary and Jaden McIntyre (81) of Lethbridge CC  from the flight for boys born in 2003/04, and Parker Riou of Strathmore, whose 86 snagged the available Tour Championship spot in the  flight for players born in 2005 and later. Brynne Davies of Earl Grey was the only junior girl on hand today, which was disappointing after  a half-dozen were in the field yesterday at McKenzie Meadows, but her 86 was still a solid round given the very windy conditions over the beautifully conditioned Strathmore layout. 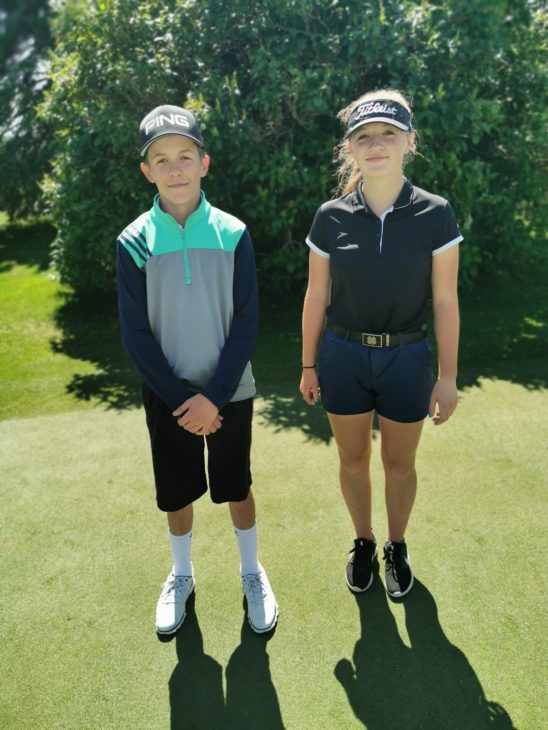 You thought THIS was  a busy week on Tour?  Well, NEXT week is even busier, with great opportunities for young players to get some terrific competition.  Monday – Canmore, Tuesday – Collicutt Siding at Crossfield, Wednesday – Lacombe, Thursday and Friday at Goose Hummock GR near Gibbons.  Entries are open for all the tournaments, so call today to enter the events of your choice.