What an impeccable day for junior golf, or just to be alive for that matter.  Crystal clear skies, barely a breath of wind and some of most spectacular scenery on the planet were laid out this morning in Canmore for over 40 junior golfers from as far away as Edmonton, Medicine Hat and throughout the Calgary area.

The Canmore Junior Open always has a ‘major’ feel to it, thanks largely in part to the impeccable organization from Head Professional Rich Eichele and the entire team at Canmore Golf & Curling Club. Four registration tables to speed things along, hosts of club volunteers, a golf course in incredible condition,  the Three Sisters mountains overlooking the course and literally no kid went  home without a prize of some sort. 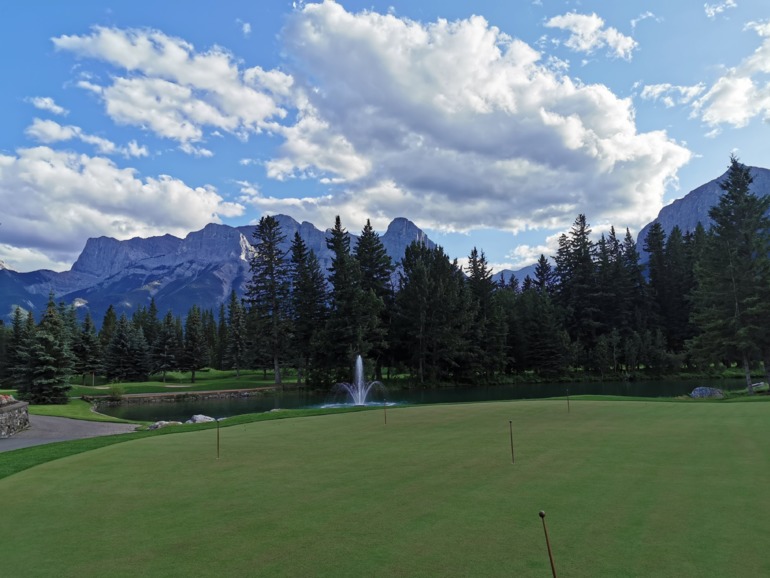 Ben Bagley of the host club earned his first Tour win with a steady 3-over par 74, four shots clear of his clubmate Justin Hughes, runner-up with a 78.  Chris Colberg of Valley Ridge and Jeremy Hart of McKenzie Meadows finished T3  on 79.  Bagley punched his ticket to the Tour Championship coming up on August 23 at Wolf Creek Golf Resort with his performance today and will be joined by Josh Carvelli (85) of Canmore from the flight for boys born from 2000-2002. Chris McLarty of Cottonwood snagged the spot for players born in 2005 and later, and Wild Card qualifiers included Cole Parkyn (87) from Strathmore, Tai Robichaud (82) from Silver Springs, and 11-year-old Jalen Apedoe (87) from the Serenity GC near Calgary.

NOTE TO COLE PARKYN – Cole, you had to leave early, but you qualified  for Wolf Creek and I need some contact information.  Please email me at : dunc@parcommarkting.com    Thanks!

We had four junior girls on hand  today, which was nice to see, considering virtually all of Alberta’s top junior girls are competing in Lethbridge at the Golf Canada Junior Girls Championship. Brynne Davies, 14, of Earl Grey continued her fine summer on Tour with another win, as her 88 bested  Tasha Wallace of the Links of GlenEagles GC in Cochrane by 7 strokes.  Wallace qualified for the Tour Championship with her effort today. 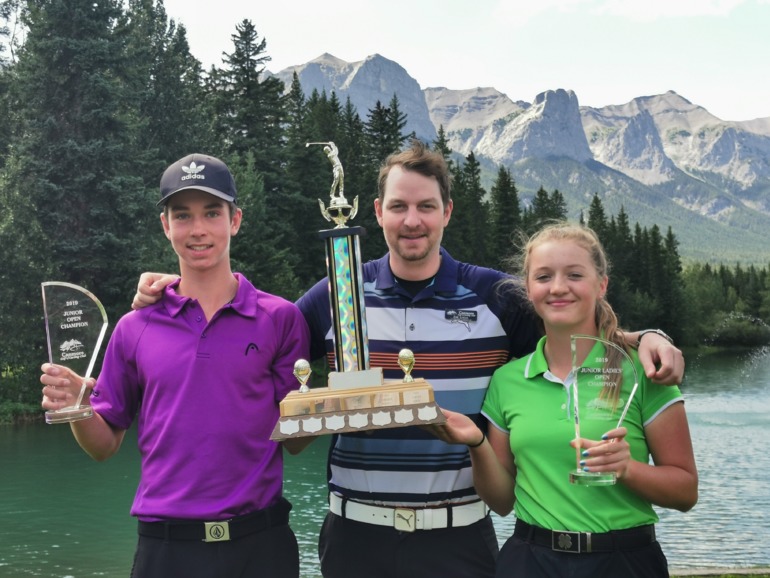 The Tour moves just north of Calgary in the morning for the first-ever Tour event at Collicutt Siding GC in Crossfield.  Wednesday we return to Lacombe, and the week concludes with one of only two 36-hole events at Goose Hummock GR near Gibbons on Thursday and Friday.  As of this moment, entries are still open for all three tournaments.

These are the Top Six and ties in each age group.  These players earn  Titleist Order of Merit ranking points.