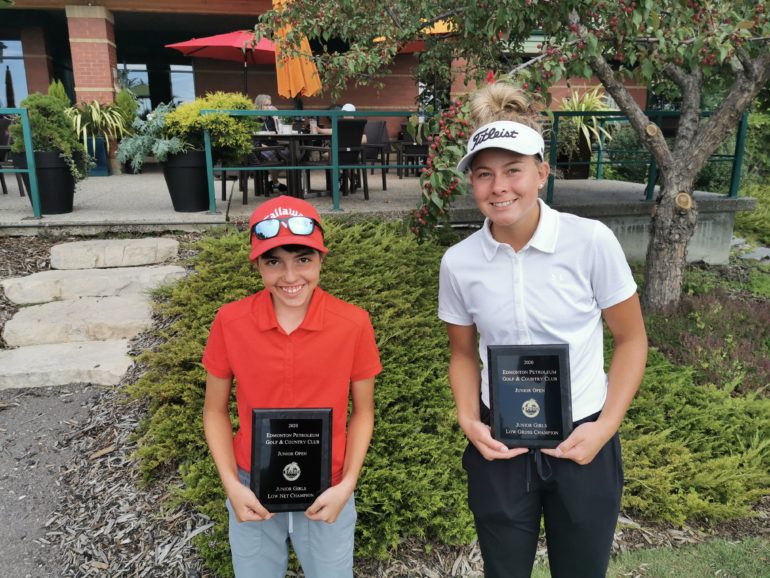 At any of the events on the McLennan Ross Alberta Junior Golf Tour, some aspects of the tournament might  stand out more than others.  Maybe the course was in superb condition.  Perhaps the meal for the players merited special mention.  Some events have been better organized by the host committee than others.  But when all the facets of running a successful junior golf tournament come together, you get what 72 juniors from Calgary to Edmonton experienced this morning at the Edmonton Petroleum GCC.

The Mark McCumber-designed layout in the southwest corner of the city has always had that ‘major’ feel associated with the tournament.  Once again this year, the course itself was in immaculate condition with many of the fairways and tee decks being smoother than some of the greens at other courses. 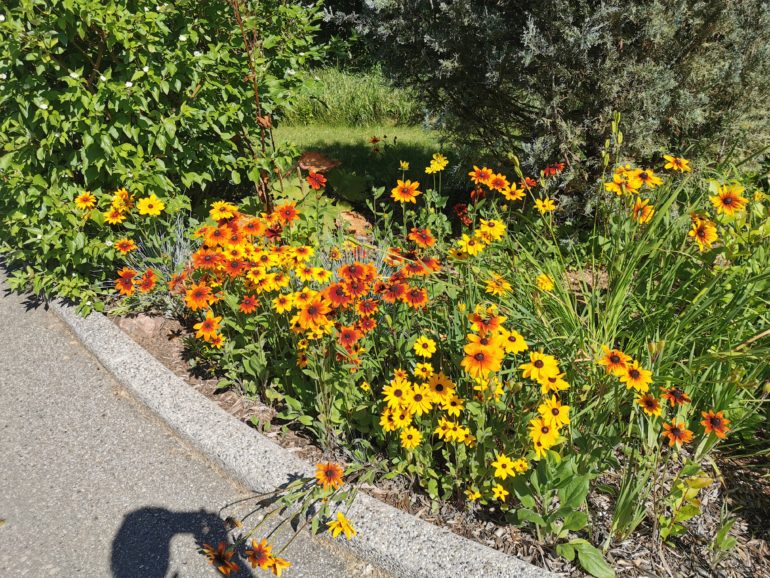 Head Professional Kyle Boyd and his staff had everything ready to go when we arrived at 6 a.m., including colour-coded scorecards to identify the players’ flights and a specially-printed menu for the players’ post-round lunches.  We had one of the largest and deepest fields of junior girls on Tour in at least a decade, and the kids responded very well to their surroundings with some excellent play and even better behavior.

Cole Ruelling of Windermere continued his great recent form with his fourth Tour win in the 2020 season.  Ruelling, 18,  sprinkled five birdies on his scorecard offset with six bogies for a 1-over par 73, two shots clear of Westlock’s Reid Casavant. 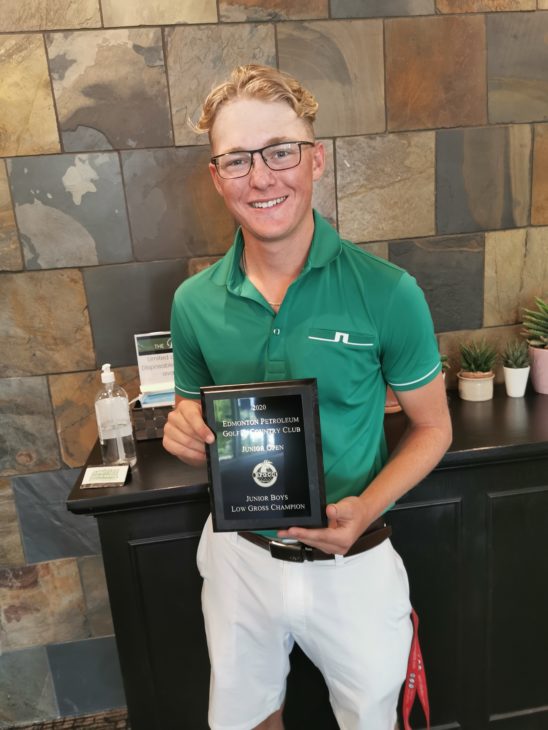 NOTE – Parker and Quinn,,,you both got away early today before I had identified who had won the Wild Card qualifying spots.  Please contact me so that I can get you your information you would need for the Tour Championship.

The Junior Girls’ flight today featured 22 competitors including several players who had competed last month in the Alberta Golf U-19 Championships. Pre-event favorites Jenna Bruggeman of the Derrick and Brooke Brezovski of the Glendale seemed most likely to be battling it out for the overall title and the results bore out those predictions.  Brezovski fired a sparkling 1-under par 71 to nip Bruggeman by three strokes as a few late bogies by Jenna let Brooke pull away.  The two players had been within a shot of each other virtually the entire round.  The quinella paid $2.10.

Alexa Wingnean, Monday’s winner at Stony Plain, finished third with an 81.  In addition to Bruggeman, other girls Wild Card qualifiers today included Brooke’s younger sister Belle (86) of  Glendale and Camrose’s Nicole Rohr, who fired a lifetime best score of 89 to earn her way into the field at Wolf Creek.

Today’s event wraps up the Tour schedule for this year for competitions in the immediate Edmonton area, but four other tournaments remain on the 2020 slate.  We are in Wainwright on Monday for the Tour’s initial event in the east central Alberta town. Entries for Wainwright close at Noon this Saturday. We then follow up with another ‘first time’ event on Saturday, August 22 at Woodside GC in Airdrie.  The final two Tour events leading up to Wolf Creek are at Desert Blume in Medicine Hat (Aug. 24) and the “Last Chance Saloon” at Nanton on Tuesday, August 23.  Spots are still open at all of these events for any juniors looking for good competition before heading back to school.

ORDER OF MERIT AS OF AUGUST 11TH