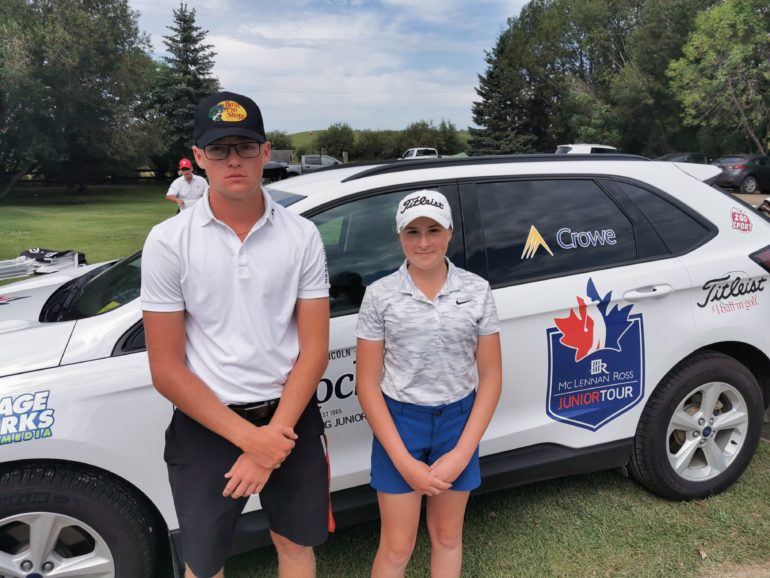 About the only thing hotter than the weather today was the scoring from a group of over 60 junior golfers from as far away as Calgary who descended on Trestle Creek Golf Resort, a short hour’s drive west of the Edmonton city limits.   The players were treated to a golf course in wonderful condition, a well organized tournament headed up by General Manager Jamie Driscoll and his team, and tremendous post-round hospitality. 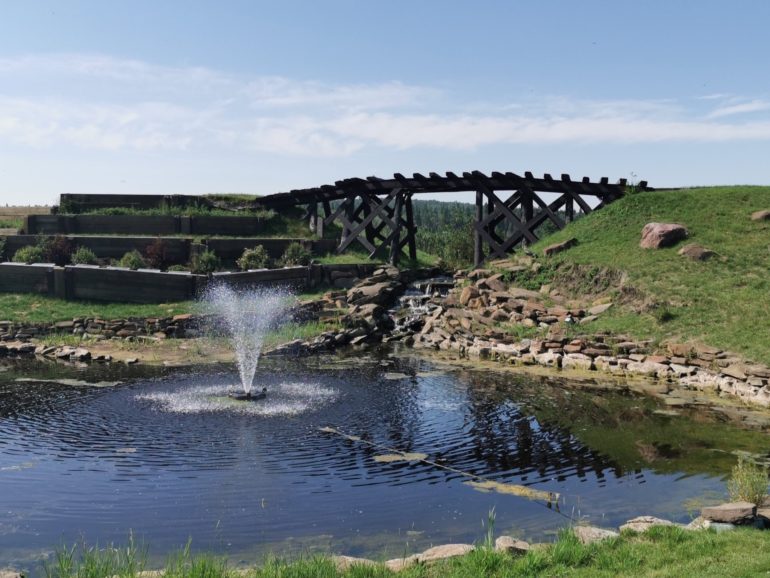 With the season well into the second half of the schedule, only two events remain in the Edmonton area after today’s tournament.  Therefore, competition for the remaining spots in the season-ending Tour Championship at Wolf Creek Golf  Resort on August 28th is getting more and more intense.  Many of the competitors in today’s tournament have already earned their invitation to Wolf Creek but that didn’t make the battles for today’s spots any less intense.

We had an excellent field of 13 junior girls today, one of the highest totals of the summer from events north of Red Deer.  Jayla Kucy of Camrose turned the tables on her friend Brooke Frerichs of the Glencoe in Calgary.  Yesterday in Barrhead, Brooke came out on top, but today Jayla fired a sensational 2-under par 70 to capture the girls’ division, three shots clear of Frerich’s 73. Saylar May of Pine Hills GC in Rocky Mountain House fired a solid 80 of her own to finish third and earn her own spot in the field for Wolf Creek in the process.  The Junior Girls’ Wild Card spot up for grabs today went to young Serin Girard (92) of River Bend GC in Red Deer, who will be one of the younger competitors at the Tour Championship with her 2009 birth year.

In the junior boys’ division, familiar names littered the leaderboard.  Cole Ruelling nailed down another Tour win this summer with a fine 1-over par 73, two shots clear of five players tied for 2nd with 75s.  Blake Hammel of Ft Saskatchewan, Owen Lai of RedTail Landing, Devin Kucy of Camrose, Blake Reimer of Windermere and Camrose’s Rory Wutzke were the players in the logjam for runner-up honours.  Hammel was probably the happiest of the quintet, as he hadn’t yet qualified for Wolf Creek until today.  Other qualifying spots went to Chase Lassman (86) in the flight for boys born in 2004-05, and Azeem Manzour of Heron Pointe GC from the flight for boys born in 2006 & later. Wild Card qualifiers included Theo  Leakos (78) of the Derrick and a three-way tie for the last spot available today among Bailey Butz of Ft. Saskatchewan, Ethan Reiter of Windermere and Nate Kasowski of the PPC, all on 82.  Kasowski’s qualifying effort was tremendously popular with the other players as this might have been Nate’s swan song for junior golf this afternoon, but the very popular teenager will now get one final junior tournament at Wolf Creek.

Wednesday, August 12th – Taber.  NEW event on the Tour this year.  Gives players in the Lethbridge area and much of southern Alberta an event a bit closer to home.  Spots are available.

Thursday, August 13th –  Edmonton Petroleum GCC.  SOLD OUT.  Head Pro Kyle Boyd said they could have taken 150 entries or more if they had had the space available.  One of the ‘majors’ on the Tour for sure. Tee times begin at 7:00 a.m.

The following players are the top 6 and ties in each age group, thereby earning Titleist Order of Merit Ranking Points.