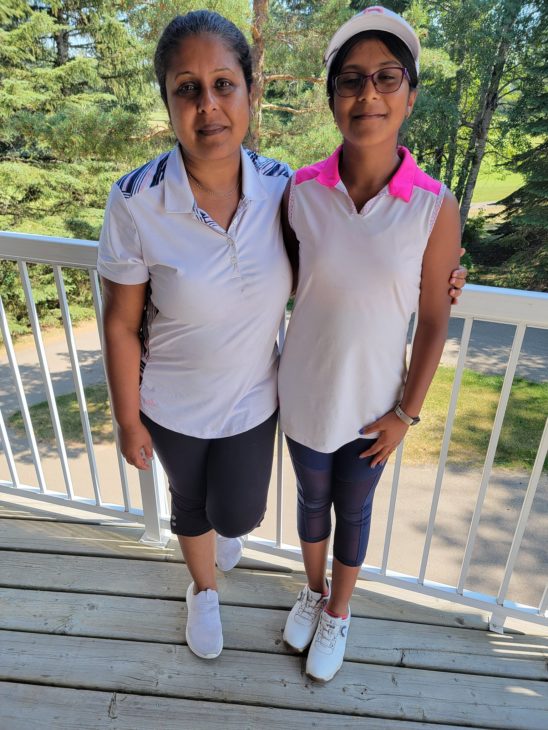 For over 25 years, I have watched junior golfers try what I would consider foolish, ill-advised, haven’t touched the stove enough times yet, recovery shots from all manner of difficult situations.  Many of these efforts have given new meaning to the words ‘crash and burn’ but every once in a while, a junior pulls off a remarkable shot that leaves me with nothing but admiration of their courage and ability.

We had one of those ‘wow’ moments today at the McLennan Ross Alberta Junior Tour event in Barrhead, the second stop on the 2021 Tour schedule.  For anyone who has played the beautifully groomed and very challenging Barrhead layout, the 4th hole is fraught with danger.  One of Alberta’s best par-4s, the hole features a rock-lined penalty area diagonally dissecting the landing area, along with trees, water and sand nearly everywhere!

Rhea Deo of Countryside GC just southeast of the Edmonton city limits, one of four junior girls on hand today, hit her tee shot right down the middle of the tree-lined fairway, but the ball rolled out into a lie surrounded by rocks in the penalty area. After being told her rules options, the youngster felt she could extract the ball out of trouble.  I had visions of damaged wrists, a shattered club and a looming ‘snowman’ on the card, but the young girl blasted the ball off the rocks nearly to the green!  I don’t know her final score on the hole, but her recovery shot certainly saved her at least one shot from taking a penalty stroke back out of the penalty area.

A few hours later, when we added up the scores, Deo ended up nipping Camrose’s Nicole Rohr by that single shot, 89 strokes to 90 for Rohr, for the overall girls’ low gross honours. Sometimes, the safest way out of trouble doesn’t necessarily yield the best result. Deo’s effort today earned her the available girls’ spot in the season-ending Tour Championship at Wolf Creek Golf Resort on August 30th.

Rhea Deo with her mom

In the junior boys’ division,  we had three roughly equally divided age group flights.  The boys born in 2007 and later had the luxury of competing from the forward red tees, but the Barrhead layout is far from a pushover from ANY set of tee markers.  Peter Hlushak, 13, of Stony Plain fired an excellent round of 2-over par 74, good for a single shot margin of victory over Belvedere’s Harrison Kiziak. Jason Yih of Royal Mayfair and his clubmate Jake Fairey finished T3 in the age group with matching 81s.

In the two flights for older junior boys, Nathan Piers of the Edmonton Petroleum GCC was best with a 76, tops in the age group for boys born in 2005-06.  In the flight for boys born in 2002-04, Kanon Murdoch of Stony Plain took home first place with  an 80.  Hlushak, Piers and Murdoch all earned their way to Wolf Creek, as did Wild Card qualifiers Kiziak and Levi Astil (81) of Devon.

FULL LEADERBOARD OF ALL DIVISIONS HERE

Next stop on Tour is Thursday, July 8th at the sensational Trestle Creek Golf Resort about an hour west of the Edmonton city limits near Entwistle.   The course is always in great condition and one of the more difficult stops on the Tour over the course of the summer.  We have a good field of 50 kids on hand tomorrow morning, with tee times starting at 9:00. 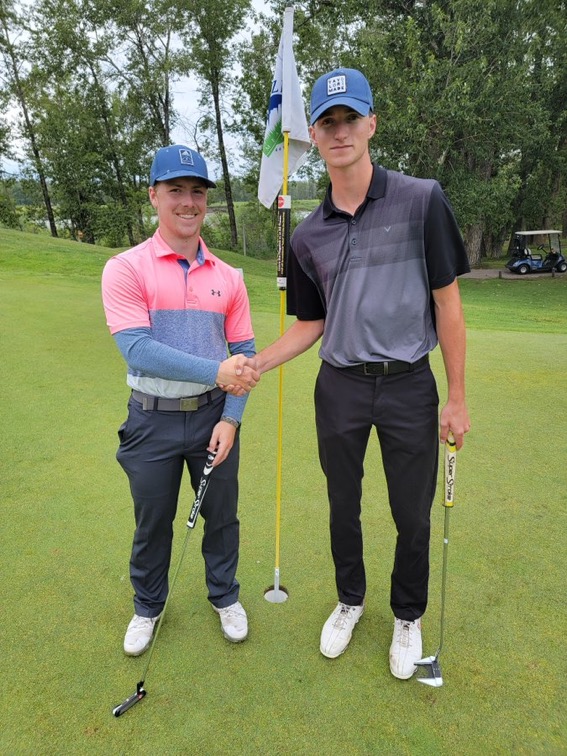