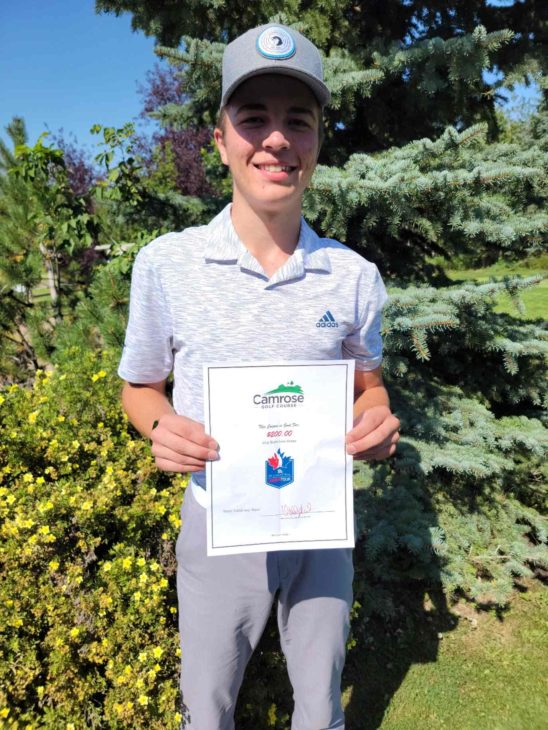 The final 2021 McLennan Ross Alberta Junior Tour event north of Red Deer was held this morning at the impeccably groomed Camrose Golf Club.  A large field of 66  juniors from as far away as Calgary, Mayerthorpe and St. Paul made it to the starting gate as competitors jostled for coveted qualifying spots in the 27th annual Tour Championship coming up on August 30th at Wolf Creek Golf Resort. Not everyone made it today (“Where is Nanton?”), but the juniors still enjoyed some spirited competition and friendly Rose City hospitality.

One player who won’t have to worry about his ticket to Wolf Creek is Daniel Humbke of Lacombe.  Humbke had previously qualified for the Tour Championship anyway, but he certainly put his stamp on today’s tournament with a round of two-under par 69 tha featured six birdies.  Humbke needed nearly every one as Rhees Moss of Sturgeon Valley GCC was hot on his heels with a fine round of his own of even-par 71. Daniel Boyle of Windermere was solo third on 74.

The clear-cut pre-tournament favorite in the junior girls’ division was three-time defending Tour Champion Jayla Kucy of the host club.  Kucy was making her first McLennan Ross start of the summer as her schedule has been jam-packed with provincial and national-level competitions. Form held as Kucy breezed around her home course in 74 blows to make sure she will be in the field at Wolf Creek a week from Monday.  A $2 ticket paid $2.10, $2.10 and $2.10.  Camrose junior girls finished 1-2 as Nicole Rohr overcame a 5-putt on the 4th green to fire a more than respectable round of 83 for runner-up honours.

The final two regular season Tour events go this coming Sunday at Woodside GC in Airdrie and next Tuesday in Nanton. 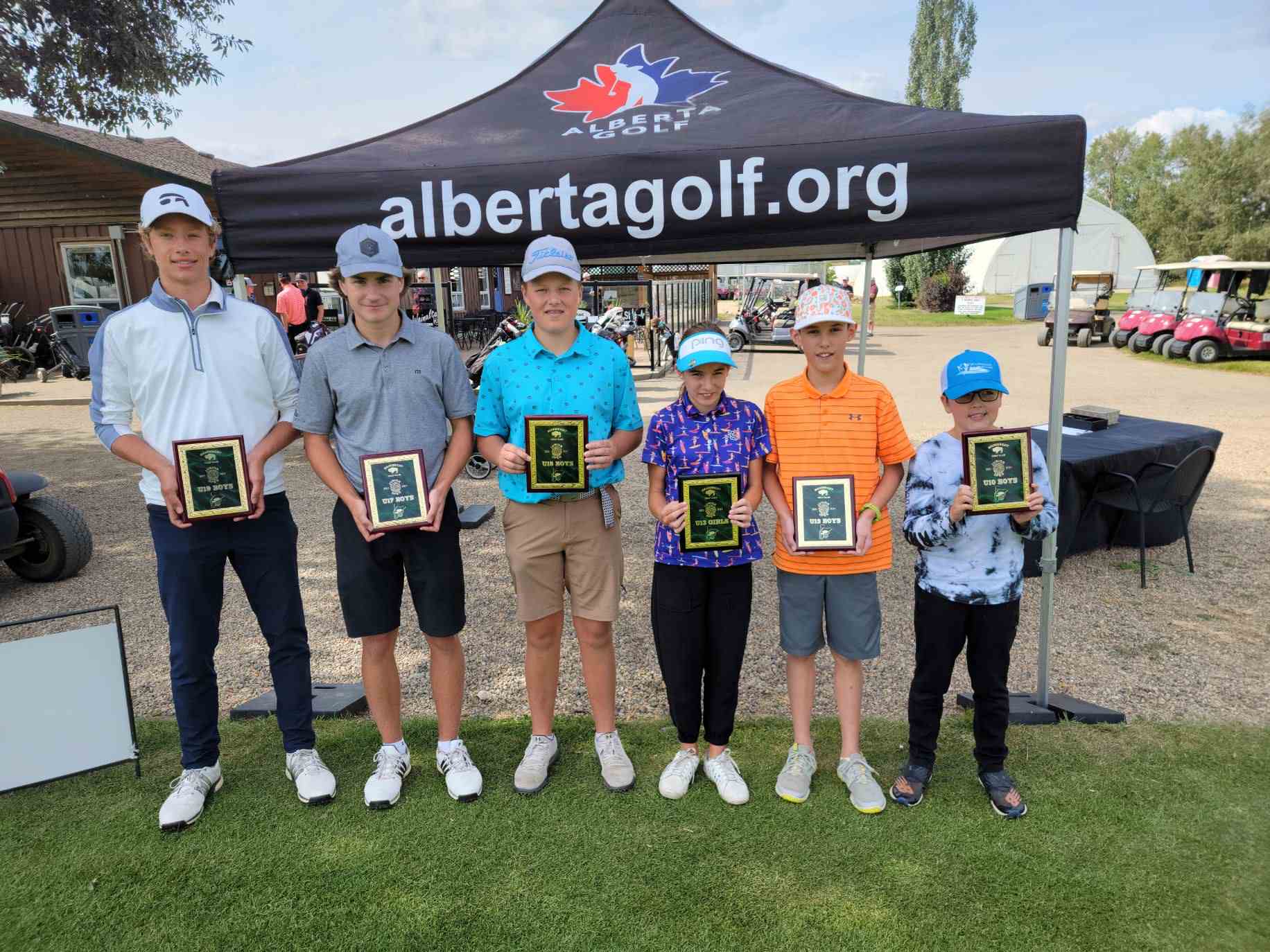