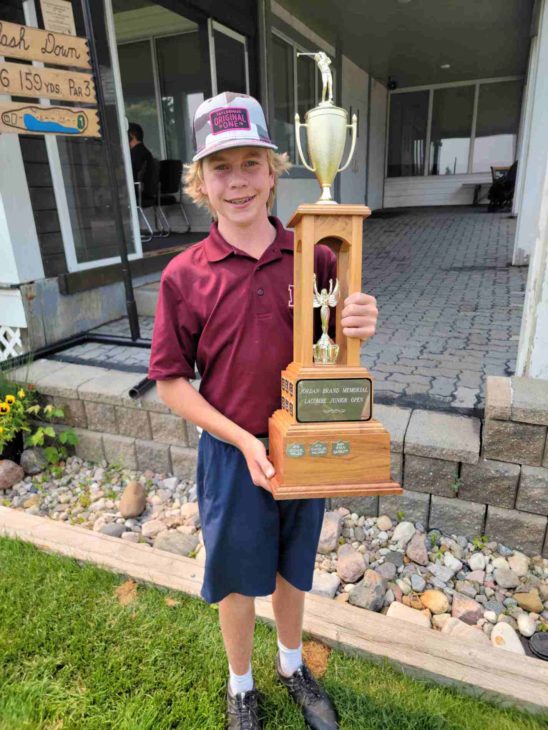 A busy, but very productive and fun-filled week of junior golf came to a conclusion this afternoon at the Lacombe GCC for the annual Jordan Brand Memorial Junior Open, today’s stop on the McLennan Ross Alberta Junior Tour.  A strong field of 50 juniors, including 10 girls, was on hand to test their nerves over the lightning-fast greens and tree-lined fairways of the Lacombe layout.  Lacombe is one of the charter members of the Tour dating back to its inaugural season in 1996 and many of the best juniors in the province have walked away scratching their heads after 18 holes at Lacombe.

When play got underway with the 9 a.m. shotgun start, we had a slight smoky haze to deal with, which gradually got worse through the morning.  I was beginning to think the smoke was blinding, because I caught not one, but TWO groups of youngsters who marched off the 17th green, down the cart path a few yards, and then turned left onto the 8th tee box, ignoring the presence of the sign pointing the direction to the 18th hole!  One unfortunate youngster suffered a 2-stroke penalty for teeing off from the wrong tee box, but we were able to at least save anyone from getting DQ’d.  I don’t know if the kids were having too much fun talking amongst themselves or what, but disaster was averted!

Some fine play was on display today as well.  Connor Czirjak of The Winston GC in Calgary has been on about two-week heater as this 15-year-old up and comer from Calgary has been going low with metronome-like regularity lately. He finished T3 at the recent Alberta Golf U19 Championship in Carstairs, finishing 4-under par for the 54-hole event.  This week, Connor finished 2nd in the Juvenile Boys division of an MJT event at McKenzie Meadows in Calgary, at 2-over par for 54 holes. Today in Lacombe, Czirjak solved the slick Lacombe greens for six birdies to overcome five bogies for a 1-under par 70, a single shot better than Daniel Humbke of the Golf Canada Club. Owen Lai of the Edmonton Petroleum GCC was solo third on 76.

The Boys U15 division featured a three-player dead heat with matching 81s between Brady Durkin of Meadowlands at Sylvan Lake, Ryan Badger of the Edmonton Petroleum GCC, and Tuesday’s boys champion at Innisfail, Brady Weiss of Cougar Creek.  The U13 winner today was Connor Czirjak’s 12-year-old brother LIam with a fine 78 that generated a 500-watt smile from the youngster.

Ten junior girls were in the field today, and Kristine Dixon from Lynx Ridge GC in Calgary came out on top with an 85 and earned her way into the field for the Tour Championship in the process. Dixon needed every shot as another rising young player, 12-year-old Justine Leon came in with a terrific 87 of her own and captured the Girls U13 division in the process. Shelby Robinson and Coryn Tardif of the Red Deer GCC were T3 with scores of 90.

The Tour takes a breather now for the weekend so we can all watch The Open, but picks up again on Monday at RedTail Landing GC at Nisku, followed by Whitetail Crossing GC’s junior open next Wednesday in Mundare.  RedTail Landing is sold out with 72 players, but spots are still open for Wednesday at Whitetail Crossing.  From all reports Whitetail is in its best shape ever and keep in mind that the proximity prizes of Stawnychy’s sausage are unique to the Tour and worth the trip alone! 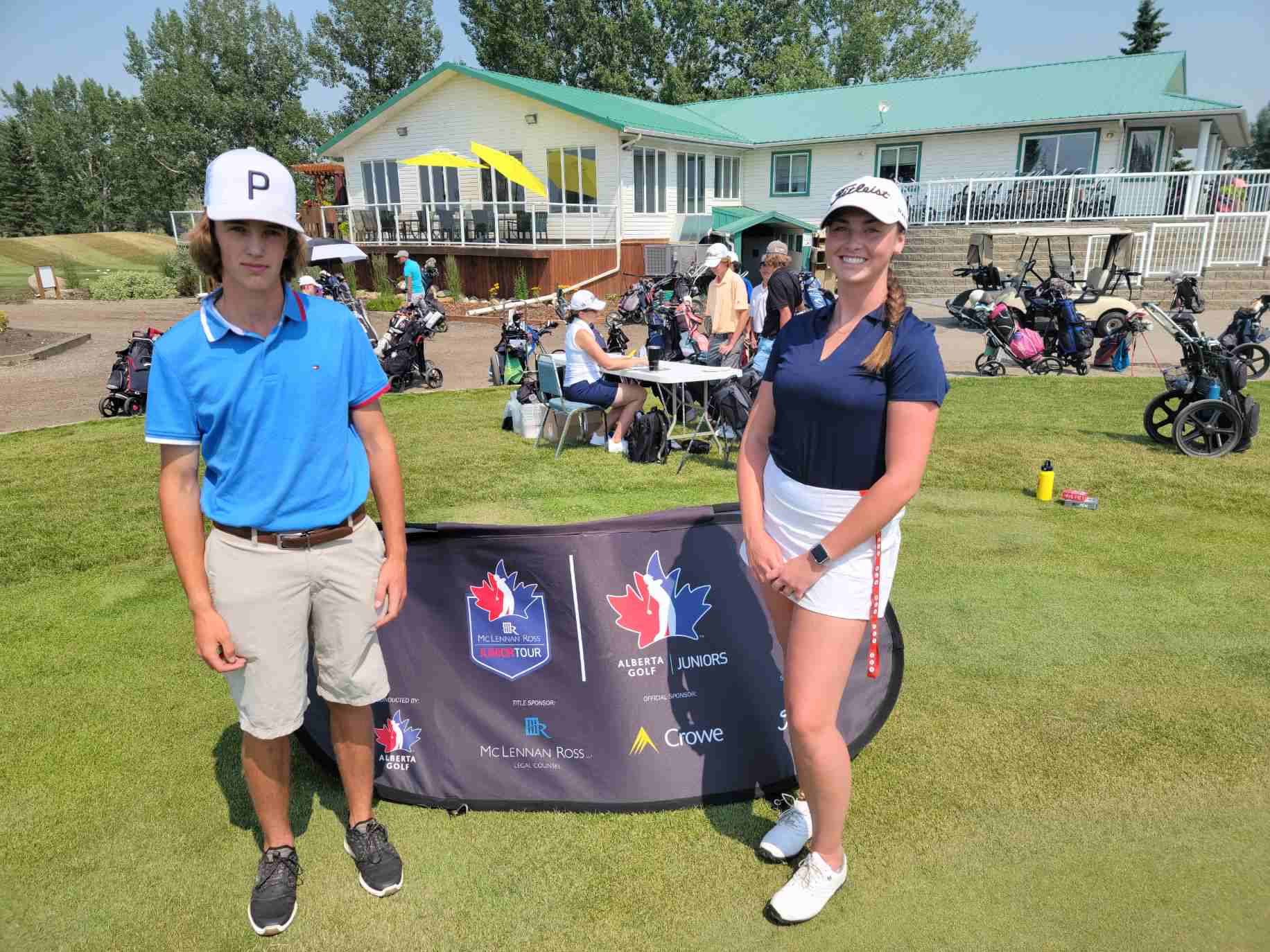