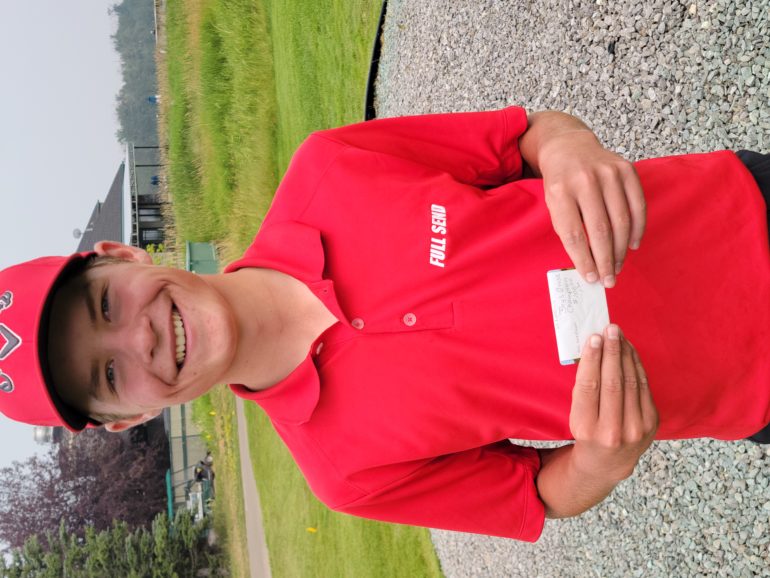 A sold out field of 70 junior golfers from as far away as Fort McMurray and Calgary was on hand under somewhat smoky conditions this morning at RedTail Landing Golf Club in Nisku for today’s stop on the McLennan Ross Alberta Junior Tour.   We had two players withdraw this morning due to the smoke, but we are pleased to say that overall the playing conditions were quite acceptable.  Let’s hope this all blows away as soon as possible, though.

Kye Fisher of Leduc GC can’t play his home club this week due to the Golf Canada Junior Girls Championship being held in Leduc starting tomorrow, but Kye’s visit to the nearby RedTail Landing course was more than worthwhile.  Fisher came to the 18th tee 1-under par for the day, but one shot behind Jace Shannon of Forestburg, playing in the group ahead of Fisher’s threesome.  Shannon blew his approach over the back of the 18th green, leaving him a tough up-and-down to a front hole location, and when Jace made bogey, this left the door open for Fisher. The Leduc youngster, who won a Tour event last year at Montgomery Glen GC in Wetaskiwin,  bombed a big drive down the middle of the final hole and stiffed a wedge to about 18 inches from the pin.  Fisher’s kick-in capped a five-birdie effort for a final tally of 2-under par 70.

It was a blanket finish as Sahaj Klair of the host club finished on even-par 72 after his own closing birdie on #18.

Complete results are also available at www.albertagolfjuniors.org under the RedTail Landing link in the schedule.

Eight junior girls were on hand this morning. Samantha Lin of Jagare Ridge came out on top with a steady round of 86, earning her way into the field at the season-ending Tour Championship at Wolf Creek Golf Resort on August 30th with her play this afternoon.  Shylee Kostiuk of Glendale was runner-up with a 96, but a very impressive performance for a 12-year-old.

Next stop on Tour is this Wednesday, July 21st at Whitetail Crossing GC in Mundare.  Spots are still open for Whitetail until later this evening.  Register online on the Tour website. First tee time is 9 a.m. on Wednesday. 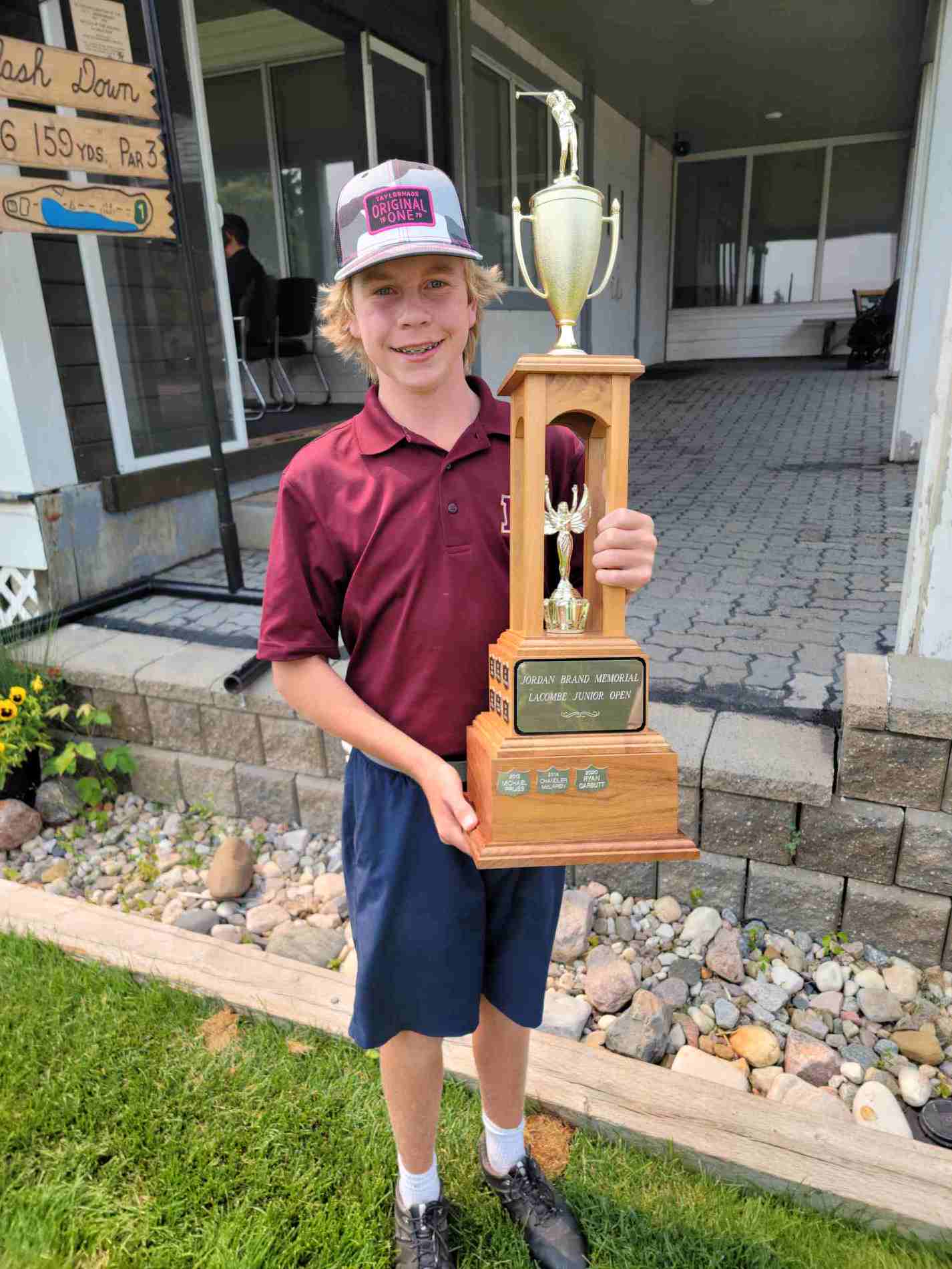