Every event on the McLennan Ross Alberta Junior Tour provides an opportunity for new excitement and someone different to take centre stage and excel.  Maybe it’s a heart-stopping sudden victory playoff, or a remarkable shot from a young player, or an outstanding round from a fresh face.

Today’s tournament at Trestle Creek Golf Resort an hour west of Edmonton near Entwistle was one of those moments. 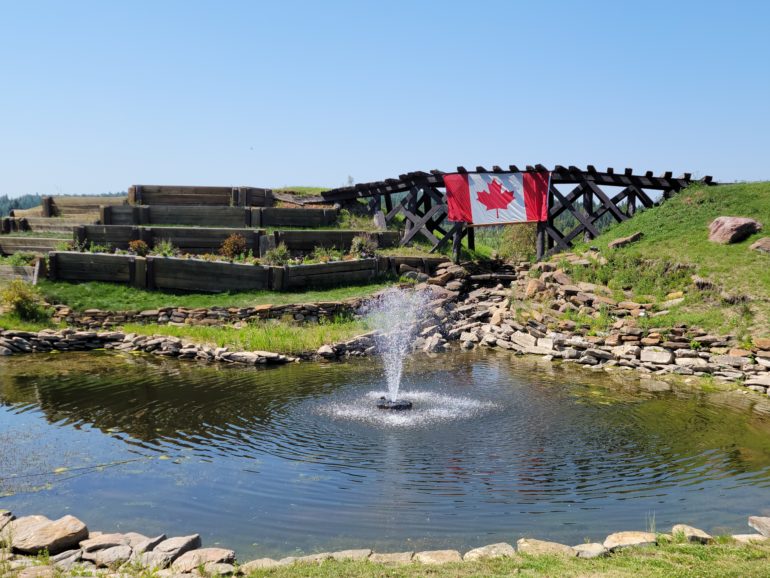 We had a solid field of 47 juniors on hand from as far away as Lethbridge and Calgary, along with many young players from the Edmonton area.  The afternoon temperatures approached 33C as the players were completing their rounds, but the only thing hotter than the weather was the battle going on out on the course between Tyler Kidd of Priddis Greens GCC in Calgary and Stony Plain’s Peter Hlushak.  Paired together, these two kids from the flight for boys born in 2007 and later were trading birdies all morning like so many body blows.  Kidd finished birdie – birdie including a testy 5-footer on the 18th hole for a 3-under par 69 to get his nose in front of Hlushak’s 2-under 70.  It was the Priddis 14-year-old’s  EIGHTH birdie of the day, a career high! 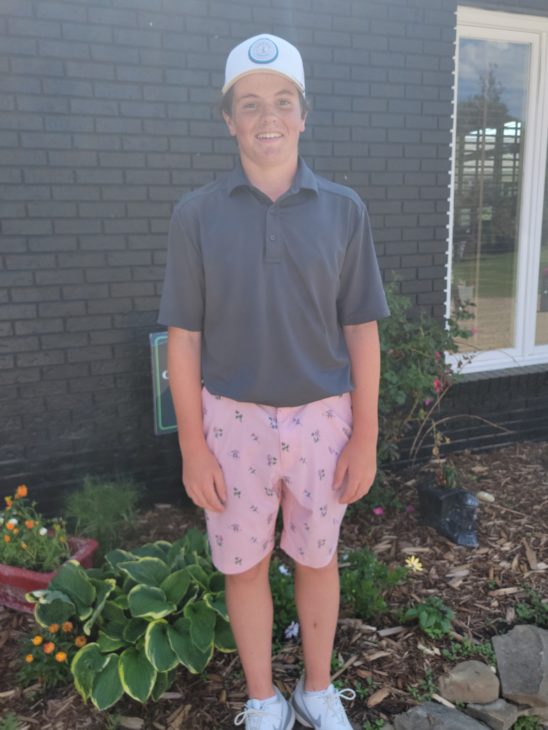 What sensational golf on a very difficult course by these two up-and-comers.  Other fine rounds in their flight were turned in by Will Lutic of Sturgeon Valley with a 73 and Cougar Creek’s Brady Weiss with a 75.  Hlushak qualified yesterday in Barrhead for the season-ending Tour Championship at Wolf Creek Golf Resort, but Kidd, Lutic and Weiss all punched their ticket to The Wolf with their play today.

The two flights for older boys also yielded some outstanding results as the older kids played a somewhat longer course than the 14-and-under group.  Mitchell Shaigec of the Edmonton CC bested the flight for boys born in 2002-2004  with a 1-over 73, 3 shots clear of Brady Davidson of Stony Plain, as both players qualified for the Tour Championship with their efforts.  Ryan Badger of the Edmonton Petroleum Club fired a fine 74 to take home the hardware in the flight for boys born in 2005-06 and earn his way into the field at Wolf Creek in the process.

The 7 junior girls on hand today were no less deserving of praise for their play as Emma Liu of the Golf Canada Club fired an 84, three shots clear of Anna Kibria of the Petroleum Club.  Liu can also now look forward to competing in the Tour Championship as her score earned her the one junior girls’ qualifying spot up for grabs today.

Today’s tournament concluded the first full week of events on the 2021 Tour schedule. Next week is even busier with four events in four days on four terrific golf courses – Ponoka on Monday, Innisfail on Tuesday (SOLD OUT) , Olds on Wednesday (SOLD OUT) and the Jordan Brand Memorial Junior Open in Lacombe on Thursday to close out the week.  With the relaxation of protocols as we move into Phase 3 of Alberta reopening, many of the Tour sites have expanded the size of their fields, and some spots ARE now available at the previously sold out Lacombe event.  Register with the Tour website to get into some of these outstanding junior tournaments while space is still available.

FULL SCORES OF ALL DIVISIONS