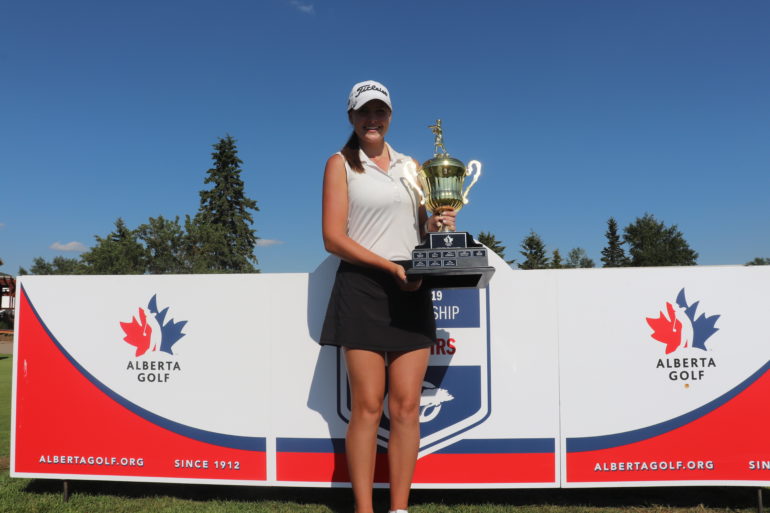 At the start of the day Martina Yu held a 2 stroke lead on Jenna Bruggeman of Edmonton and 12-year-old Eileen Park of Red Deer. At one point on the back nine there was a 4-way tie at 4-over par between Yu, Bruggeman, Park and Grace Bell from Calgary.

Eileen park birdied 16, Grace bell birdied 17 and off to a playoff we went.

All the competitors from the competition became golf fans cheering on the playoff. Grace Bell knocked in a long 20-foot par saver to keep her hopes alive on the first playoff hole. Eileen Park lined up a 3-foot putt to win on the 2nd playoff hole but it horseshoed around the cup and the playoff was still up for grabs. After both secured par on the 3rd playoff hole, Park got out of position on the 4th playoff hole and made bogey while Grace Bell tapped in for par and the win. The Glencoe Golf and Country Club golfer is your 2021 Alberta U19 Girls Champion. 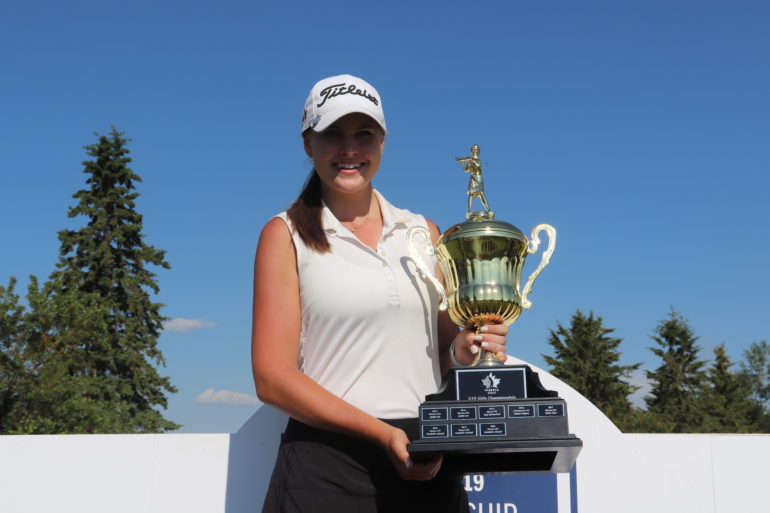 WATCH FULL VIDEO RECAP OF GIRLS U19 CHAMPIONSHIP FINAL ROUND 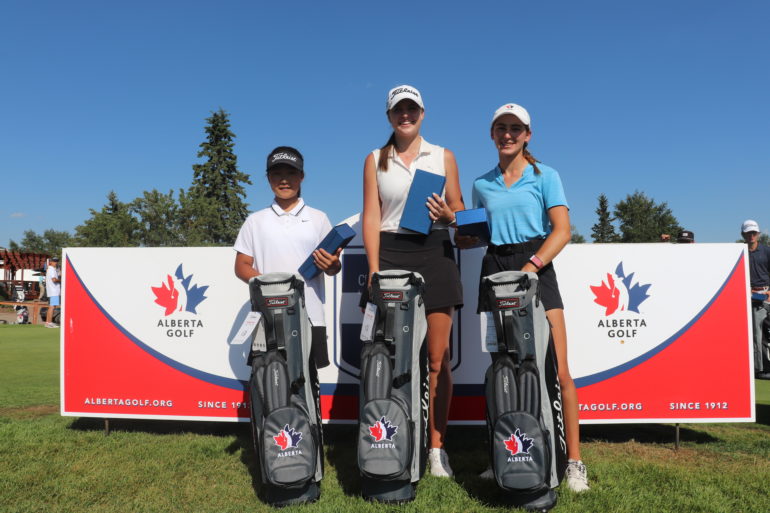 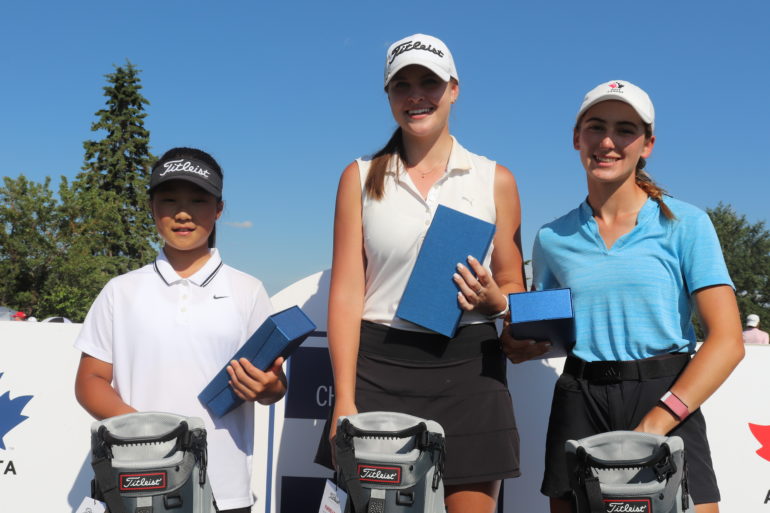 As for the boys competition, it was just as exciting. Logan Graf of Sylvan Lake held a one shot lead on Brett Jones of Calgary to start the day. Early in the back nine they were both tied at 9 under par 4 shots clear of the field, by the 16th tee Logan Graf had a 3 shot lead but Paxton Maxwell from Mcgrath went crazy, going 4-under par his final 3 holes, the birdie-eagle-birdie finish was good enough for a one shot victory over Logan Graf to claim the 2021 Alberta U19 Boys Championship title. 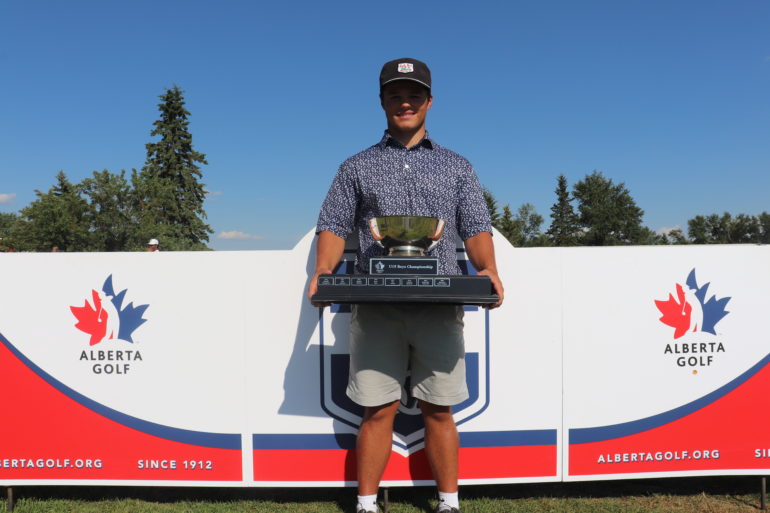 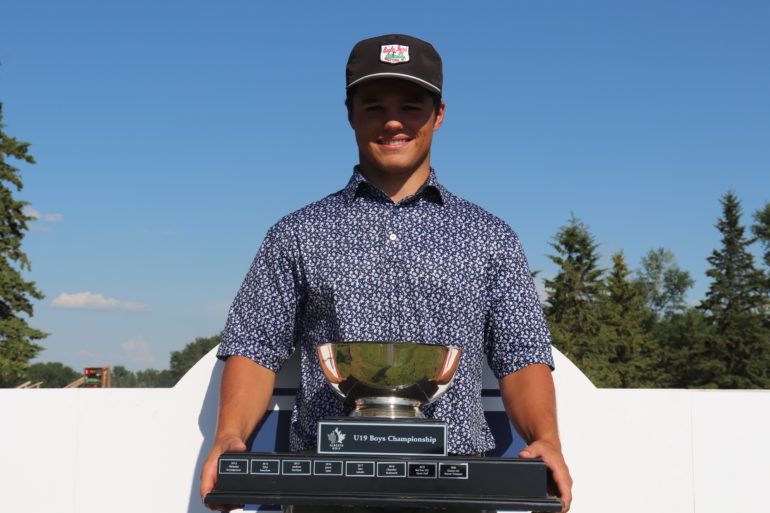 WATCH FULL VIDEO RECAP OF BOYS U19 CHAMPIONSHIP FINAL ROUND 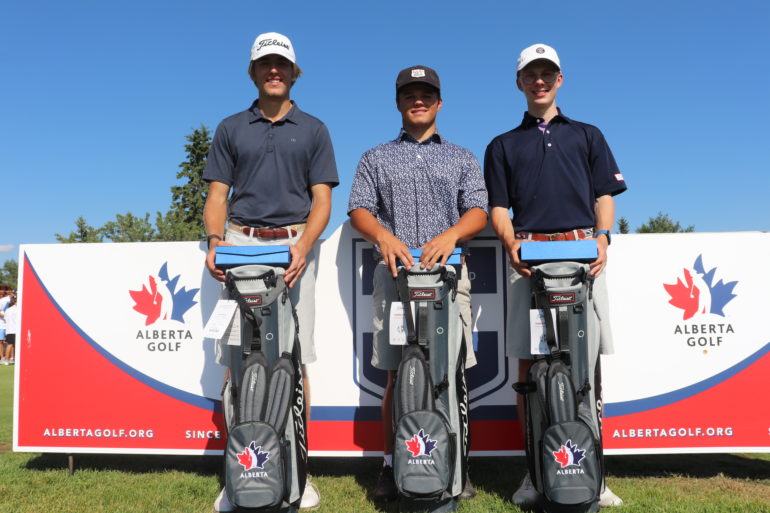 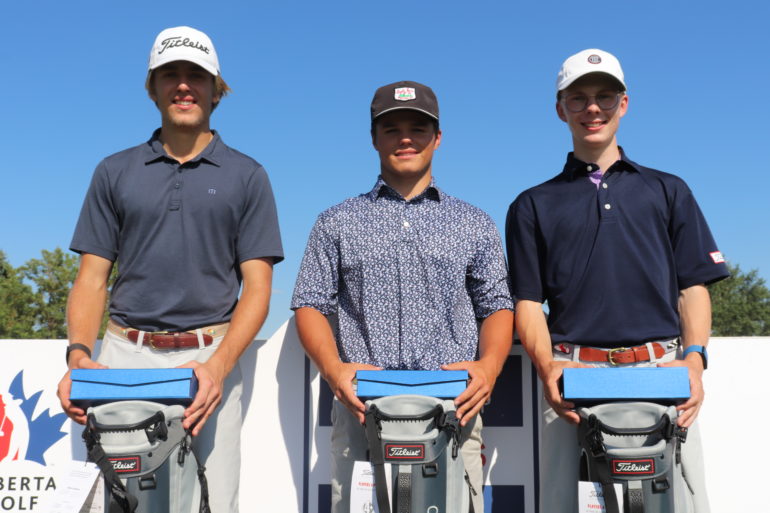 FULL PHOTO ALBUM FROM U19 CHAMPIONSHIP 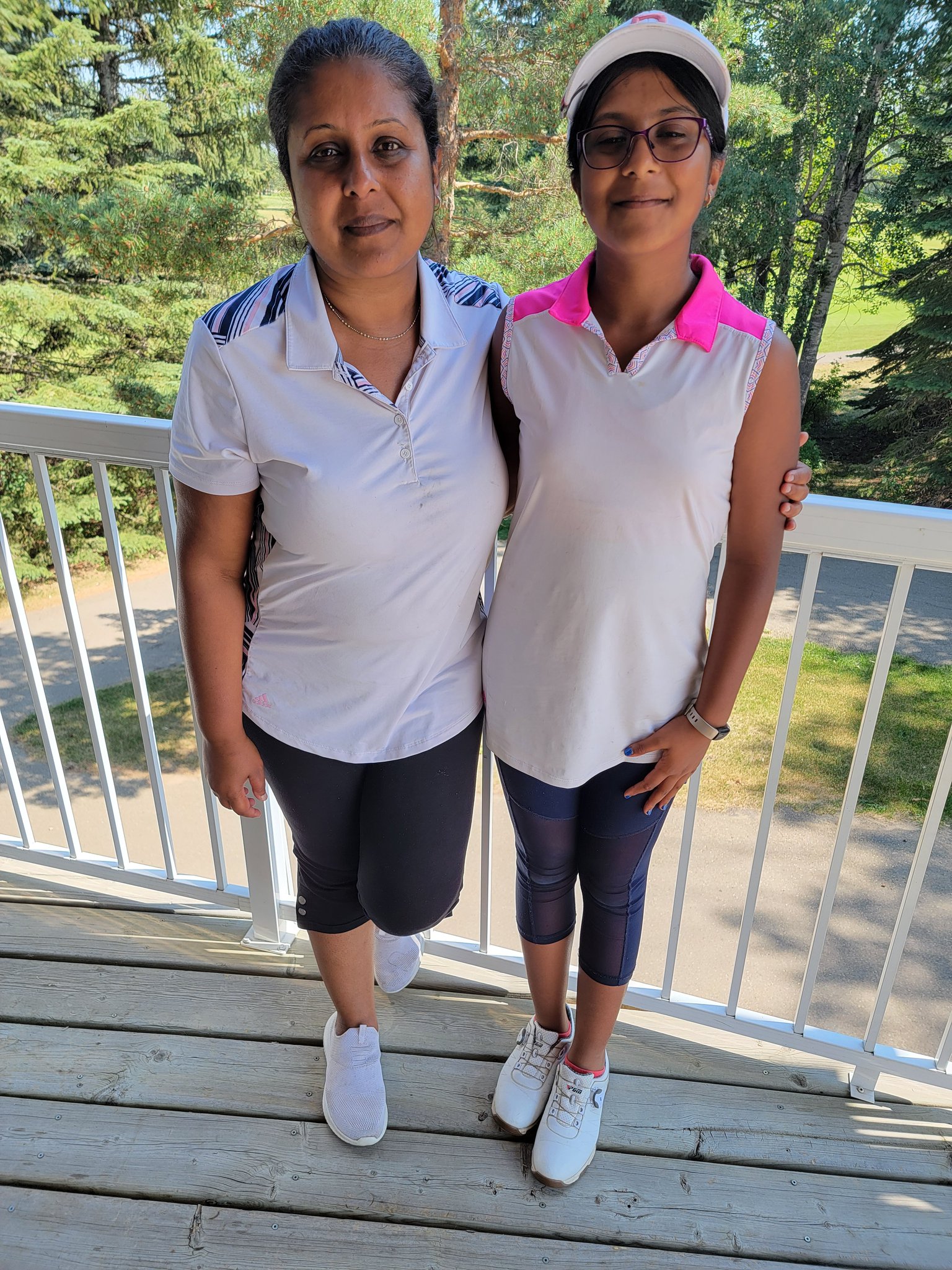