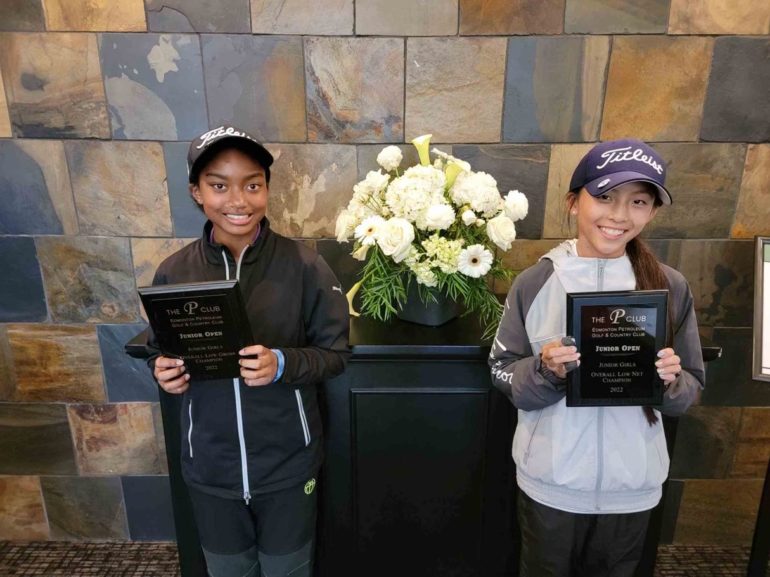 It was bound to happen.  With all the rain we have had this spring and summer around the province, it was only a matter of time before we had one of the McLennan Ross Alberta Junior Tour events endure a weather delay.  The Ponoka tournament was postponed earlier this year, but we never did begin play that day.  This morning’s 80-minute lightning and rain delay at the P Club was the first time this season that we had to sound the horn and scurry the players to safety.  Thankfully, only about 20 juniors had begun play when we had to suspend play about 8 a.m. After the lightning storm passed by and the rain let up enough to make conditions tolerable,  play continued.  The skies eventually cleared up and the rains subsided, but winds remained brisk all day and made scoring difficult.

Sela Ogada of Sirocco GC in Calgary continued her strong play on Tour this summer, firing a 78 to earn Overall Low Gross honours in the field of 14 junior girls on hand this morning.  Kudos to the junior girls because their flight had the first tee times beginning at 7:04 and they all showed up eager to compete.  The Girls’ U13 and U15 players have dominated the leaderboards this summer and today was no exception, as U13 player Justine Leon from Lakeside GC in Chestermere finished 2nd overall with an 81, followed by Nicole Rohr (82) of Camrose, yesterday’s winner in Ponoka.  Rohr’s score  ( hey, that rhymes!) was tops in the U15 division, with Ella Dolan (88) best in  the U17 flight, and the host club’s Anna Kibria (93) heading up the U19 age group.

In the junior boys’ division, Rhees Moss of Sturgeon Valley GCC fired a 1-over par 73 to edge Ryan Zhang of Windermere GCC by a single shot.  In addition to earning Low Gross Overall honours with his 73, Moss headed up the U19 age group, with Zhang best in the U17s.  With the weather delay we had in the morning, we suspect that Moss had to exit quickly to get to work, because we were not able to take his picture for the website and social media platforms of Alberta Golf.  Rhees, if you’re reading this, your trophy plaque and prize money will be left at Sturgeon on Friday for you to pick up.

Ryan Zhang’s younger brother Jayden Zhang captured the boys U13 flight today with an 80, one shot clear of Belvedere’s Jayden Popik, and earning “Low Jayden” bragging rights for the day in the process.  Cameron Hoose, also of Windermere, headed the U15 flight with an 80. 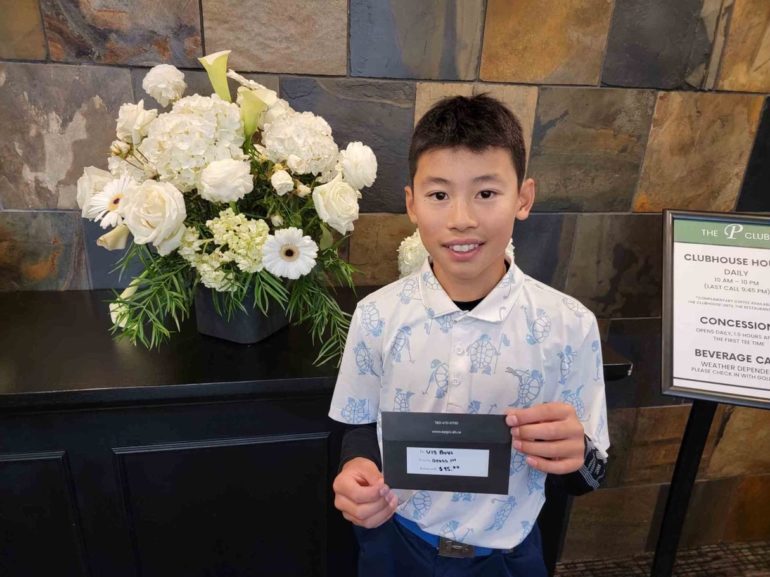 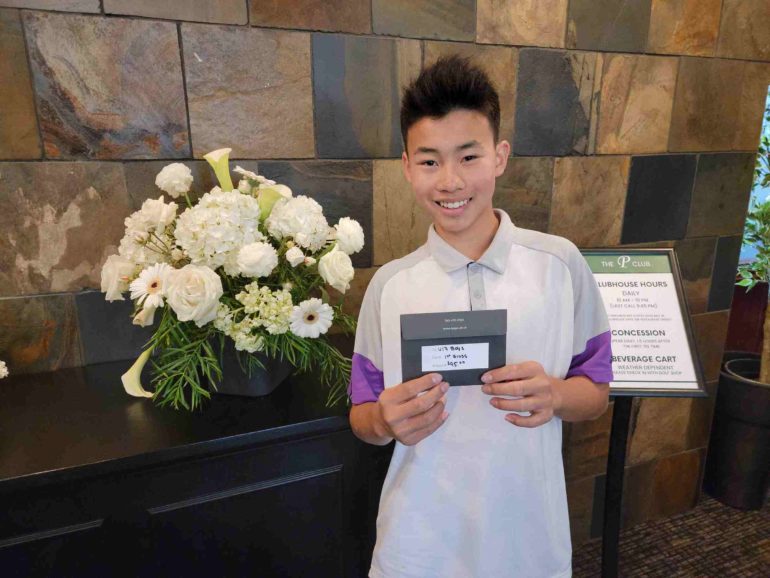 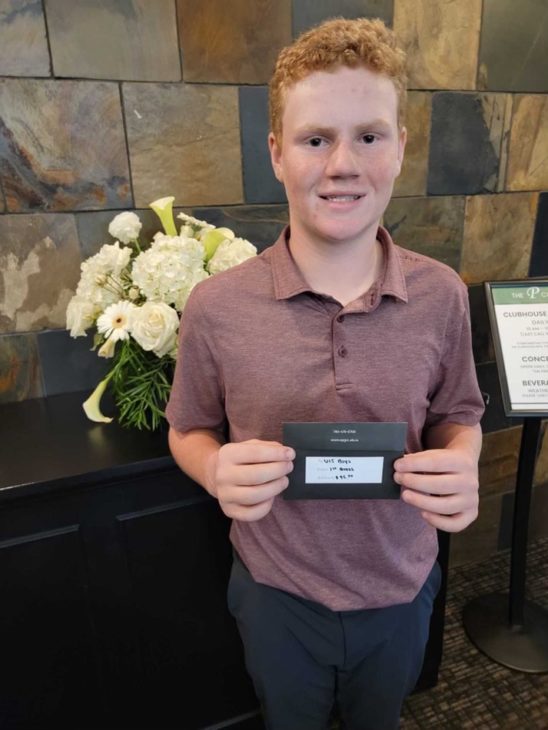 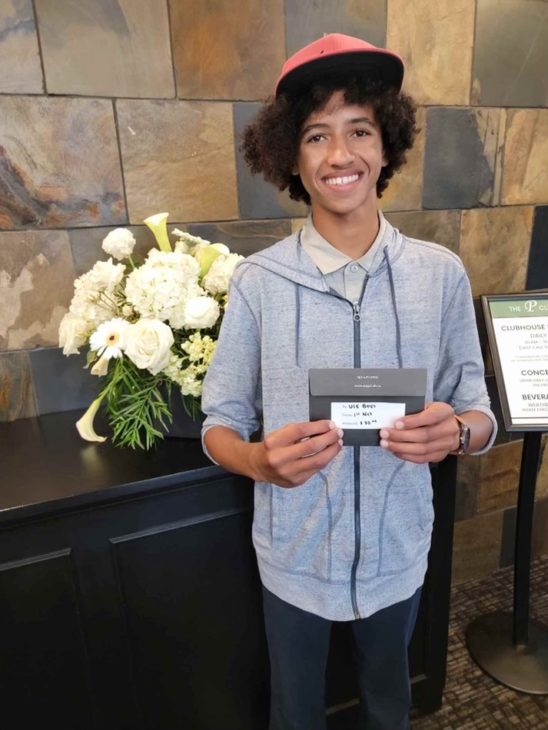 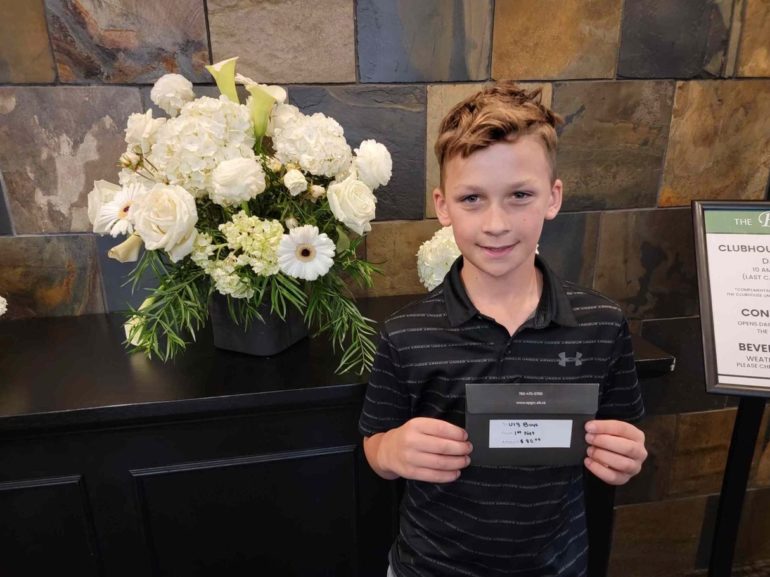 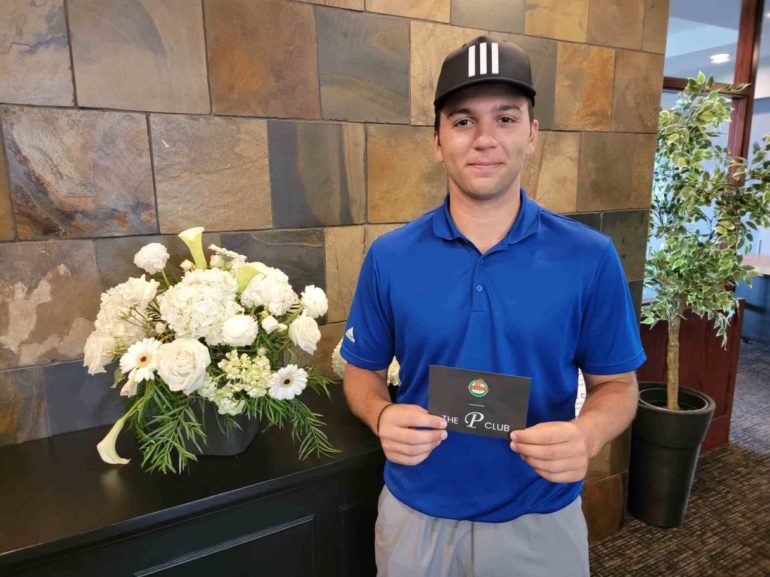 The Tour heads south next week for tournaments Monday at Desert Blume GC in Medicine Hat, Thursday, August 11th in Strathmore and winding up the week next Friday, August 12th in Taber. Events north of Red Deer the balance of the schedule include Stony Plain , Westlock and Wainwright.  Check the Tour website for entry information and to register if space permits.