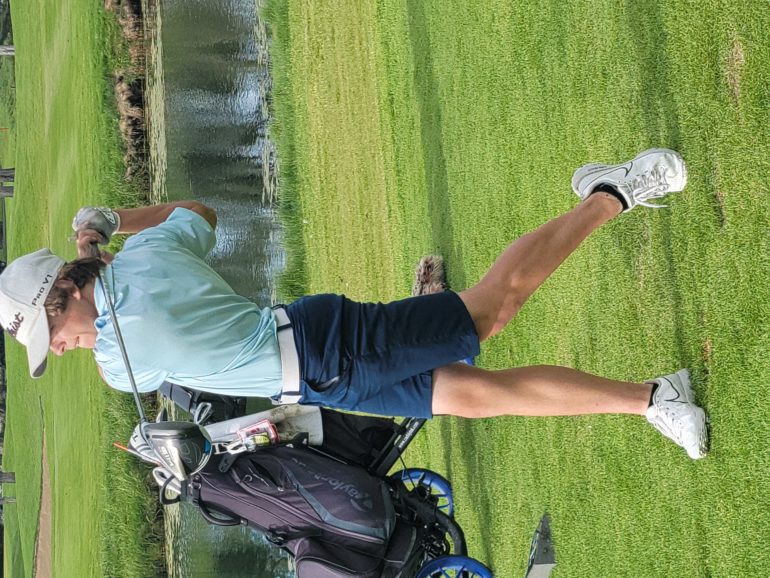 The 27th season of the McLennan Ross Alberta Junior Tour presented by Crowe MacKay got underway this weekend in fine style at the Henderson Lake Golf Club in Lethbridge.  A total of 54 junior golfers from as far away as Stony Plain, Sylvan Lake and Medicine Hat dropped into the beautifully conditioned Henderson Lake layout to get the 2022 Tour season underway.  We had excellent representation of juniors across all age groups, including eight junior girls, which is always encouraging.

Saturday was a typical southern Alberta weather day, with sunny skies and strong winds gusting to 40 kph to test the players’ patience and skills. Avery Shadbolt, 15, of Meadowlands GC in Sylvan Lake handled the tough conditions the best, firing an outstanding even-par 70 to earn a 6-shot overnight lead over Owen Bruins of Desert Blume GC in Medicine Hat. Chris Colberg of Valley Ridge GC in Calgary was another shot back in third with an opening 77.   Sunday’s weather was gorgeous, with Saturday’s sunny skies repeated, but only light breezes for  players to contend with.  Scores generally were much better on Sunday, but strangely enough, Shadbolt slipped backwards to a Sunday 78 from Saturday’s brilliant round. “I just hit a lot of bad shots today (Sunday)”, was how Shadbolt described his play in the post-round media scrum. 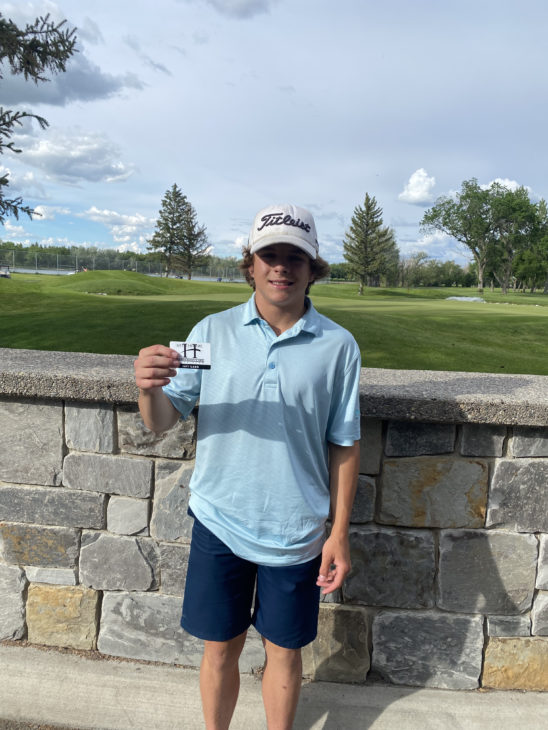 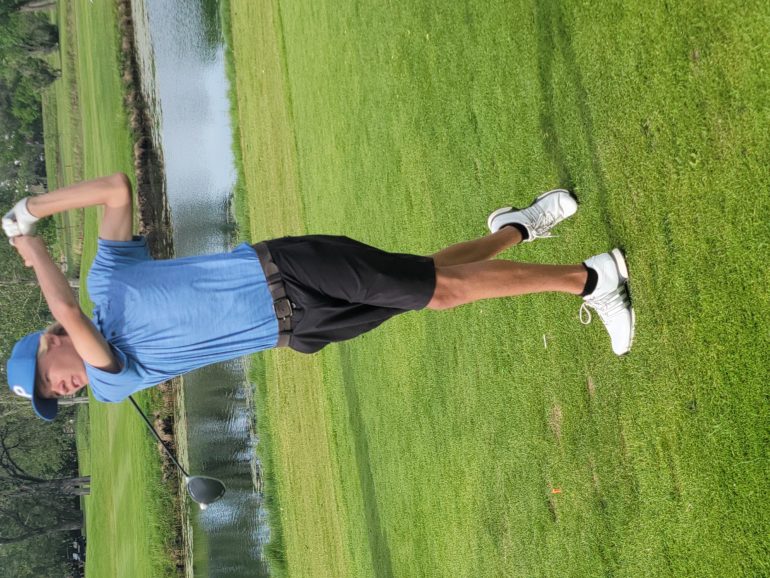 Owen Bruins – U17 Boys Runner Up

However, his closest competitors weren’t able to overcome his overnight cushion and Shadbolt’s 36-hole total of 148 was good for a 5-shot margin over Bruins from the U19 and U17 divisions to bag his first McLennan Ross Alberta Junior Tour win.  Jackson Wesley of Paradise Canyon Golf Resort in Lethbridge fired Sunday’s low round of 74 out of the U15 flight who competed from a shorter set of tees.  Wesley’s total of 79-74 (153) was 4 shots ahead of Stavros Argiris of Pinebrook GCC and Shadbolt’s clubmate Fin Vermette of Meadowlands GC, who finished T2 in the U15 division on 157. 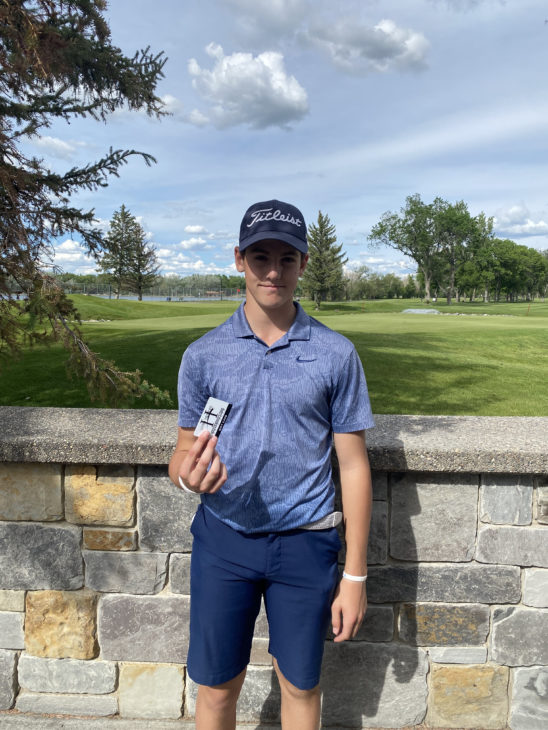 Jackson Fabris (87-75)  of Strathmore nipped Glendale’s Sullivan Groom (86-77)  by a single shot to take down first place in the Boys U13 flight, outstanding play by these 12-year-old up and comers. 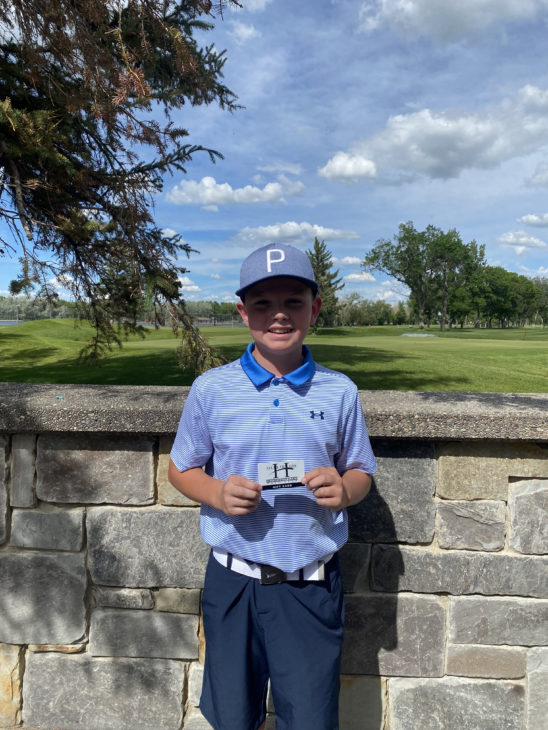 Eight junior girls were on hand in Lethbridge and when the dust settled Sunday afternoon, Kyree Tovee of Carnmoney GCC in Calgary out-dueled Kristine Dixon of Valley Ridge by a single shot to earn her first overall junior girls’ Tour win.  Tovee fired steady rounds of 88-86 (174) to pip Dixon’s 90-85 (175) total.  Tovee earned top prize money in the U15 division, while Dixon was best among the girls in the U19 and U17 flights. 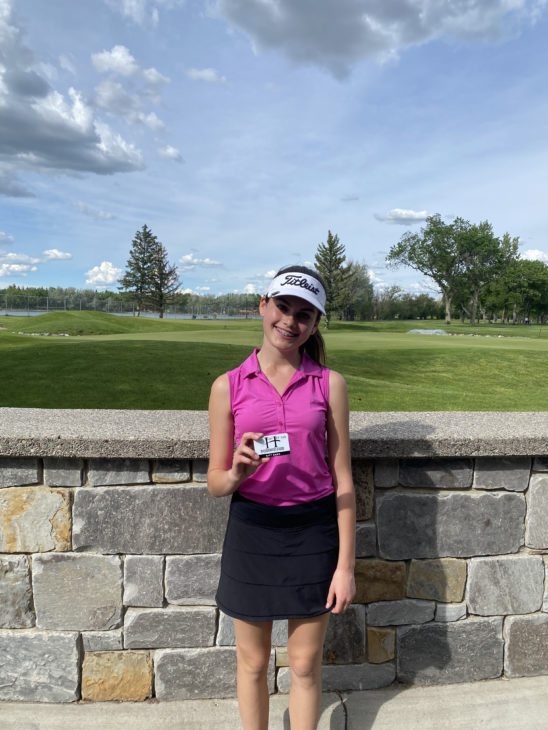 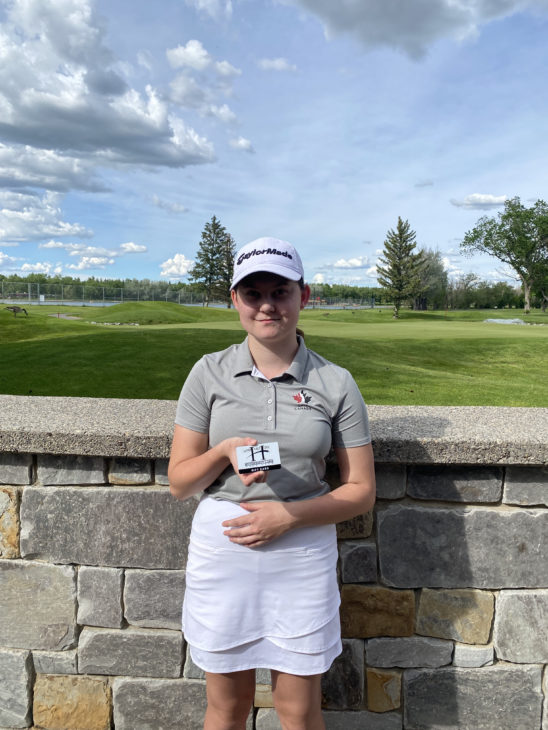 Kudos to Host Professional Cam Waldbauer and his team at Henderson Lake for hosting their always-popular tournament, a fixture on the Tour since 1997.  Not many courses in the province would give up tee times for junior golfers for a 36-hole tournament, never mind on a busy summer weekend, so congratulations to the club and its members for their outstanding longtime support of junior golf. 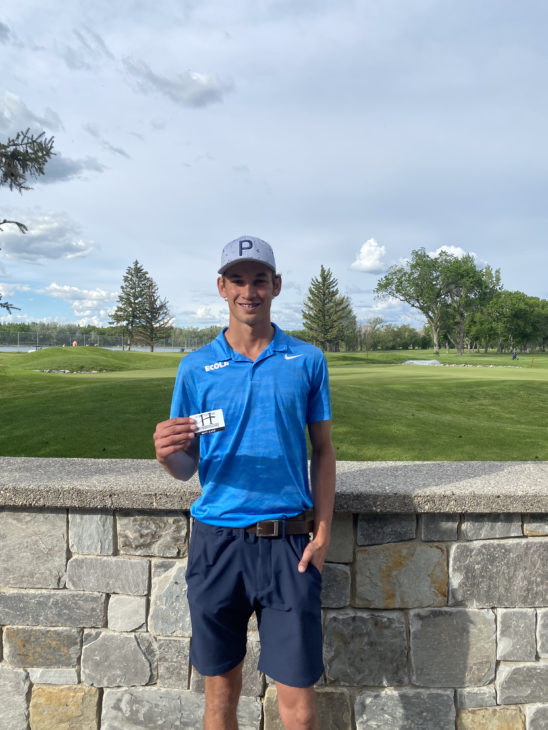 The McLennan Ross Alberta Junior Tour now takes a short break for kids to wrap up their school exams, but resumes in the first week of July. Next stops on Tour will be a new event at Water Valley GC  (halfway between Sundre and Cochrane along Hwy 22) on July 4th, Ponoka on July 6th and Barrhead  on July 7th.  Entries have been coming in steadily for all three tournaments but spots are still available.

Log into the Tour website and make sure you don’t miss these fun and very competitive events. 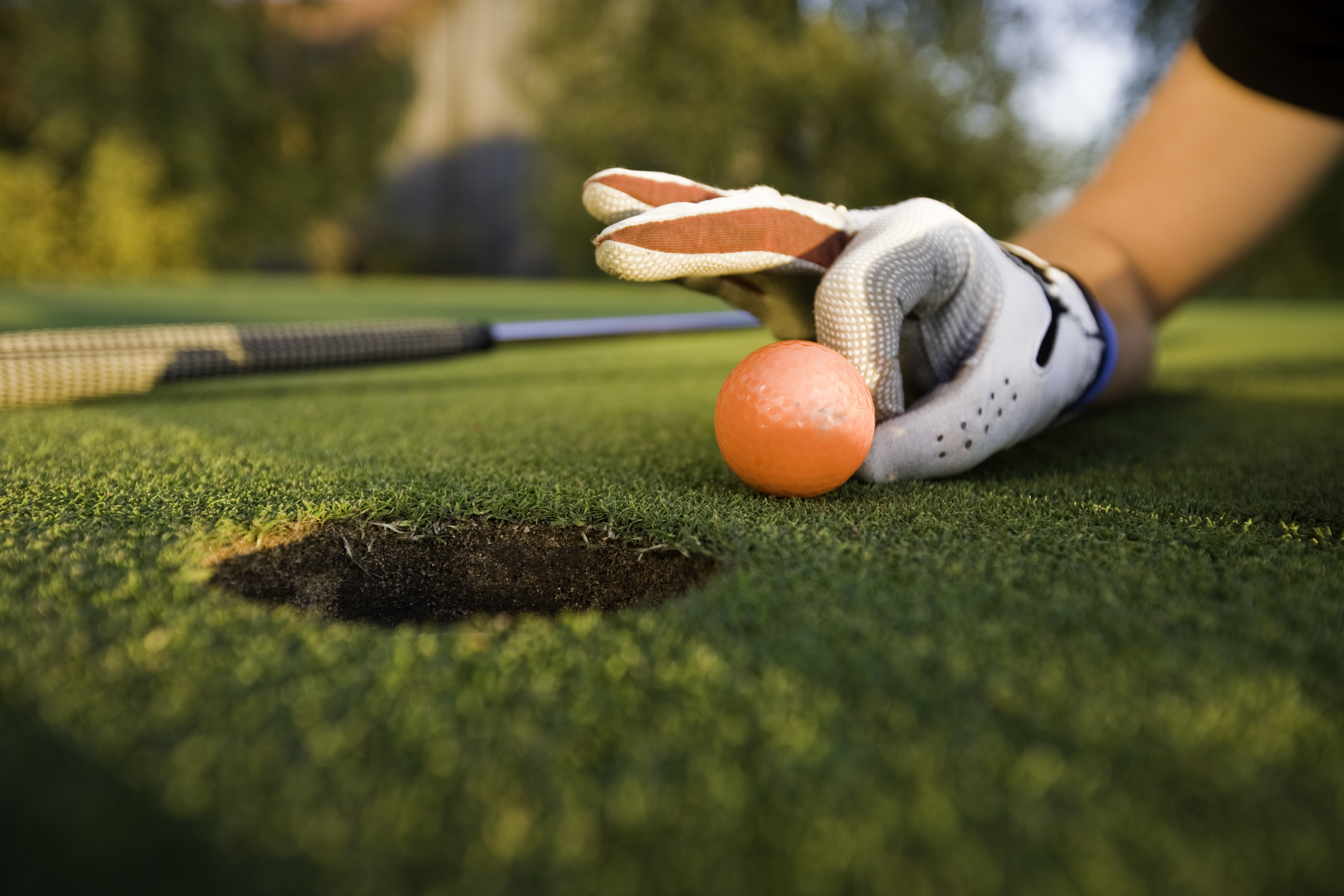 New Brand "UpSwing by Alberta Golf" is Up and Swinging!