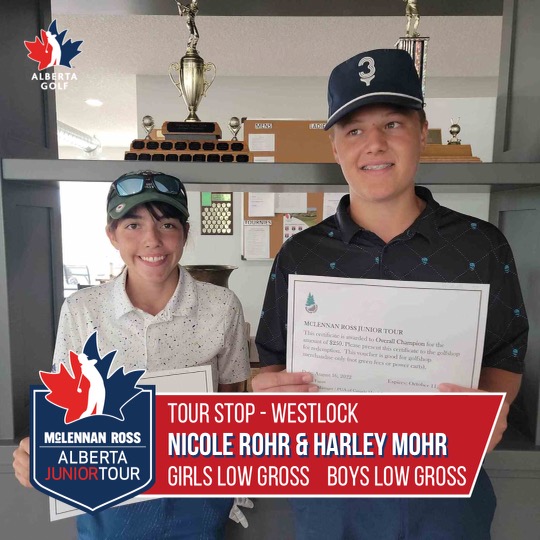 After a ‘brief’ 26-year hiatus, the McLennan Ross Alberta Junior Tour returned  to Westlock today.  One of the nine charter members of the Tour in its first year in 1996, the Westlock club has undergone a host of improvements since then, including a sparkling newly-renovated clubhouse, along with substantial upgrades on the course itself.   Over two dozen juniors from Edmonton and area were on hand today as the Tour enters its last two weeks prior to the Tour Championship coming up at Wolf Creek Golf Resort on Monday, August 29th.

Harley Mohr of the Ft. Saskatchewan Golf and Curling Club earned his second Tour title of the summer this morning, firing a 77 to defeat Adam Letendre of Trestle Creek Golf Resort by three shots.  Mohr’s score was best overall as well as in the boys U17 age group.  Letendre’s younger brother Malkin Letendre ( dad a Penguins’ fan perhaps?)  bested the boys U15 division with an 84, while Ryan Keith of Stony Plain came out on top in the U19 division, also with an 84. 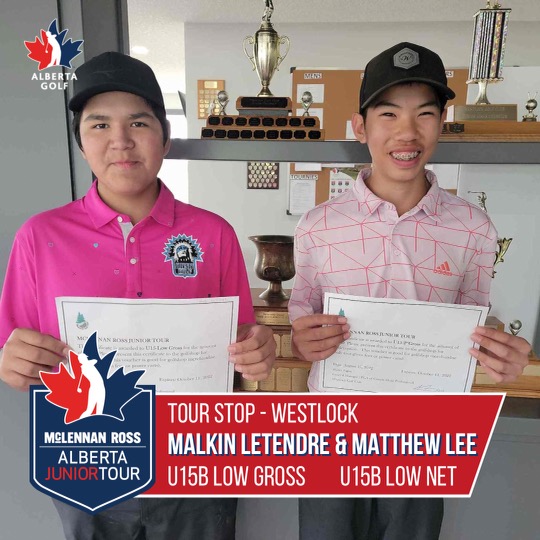 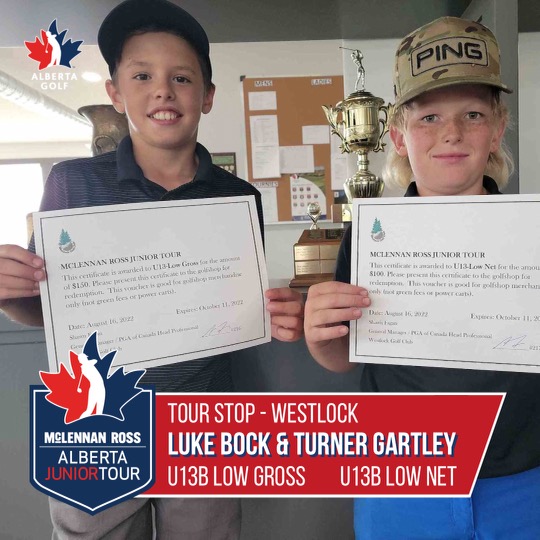 In yesterday’s website story about the Stony Plain Junior Open, we noted the achievements of young Luke Bock of Devon, whose career-best 88 (including his first-ever birdie) was tops in the Boys U13 age group in Stony. The youngster backed it up this morning  with a 91 and took home top cash from the U13s again today in Westlock.

Three junior girls who have seen a lot of each other this summer on Tour were on hand this morning, and Nicole Rohr of Camrose duplicated her 82 from yesterday in Stony Plain.  The score was good enough today to edge Sela Ogada (86) of Sirocco GC in Calgary, with Shylee Kostiuk of Glendale completing the podium with a 90.

The third event in three days on Tour this week goes on Wednesday morning in Wainwright, with the final two ‘regular season’ tournaments coming up next Monday in Camrose and on Tuesday in Carstairs. 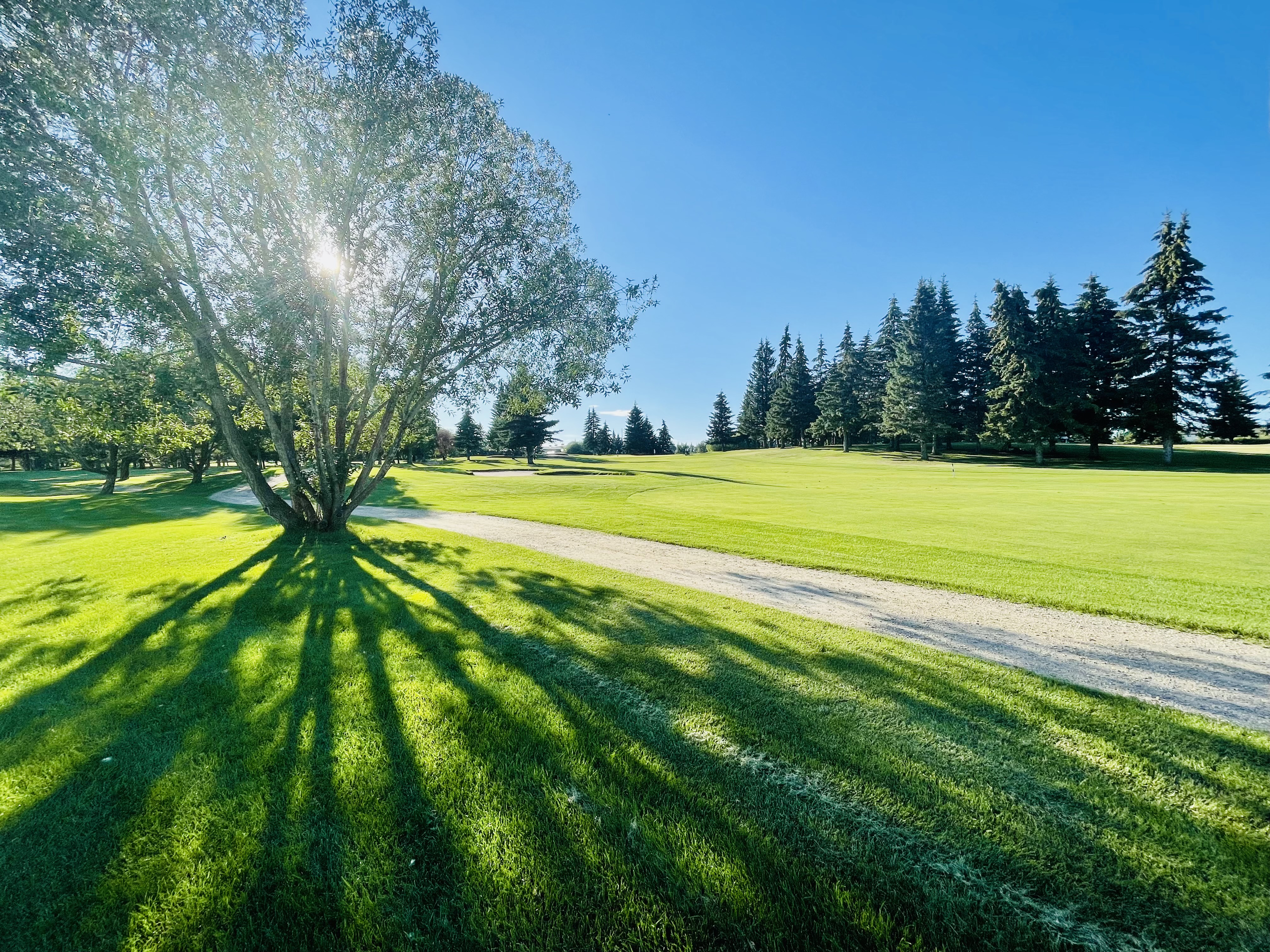