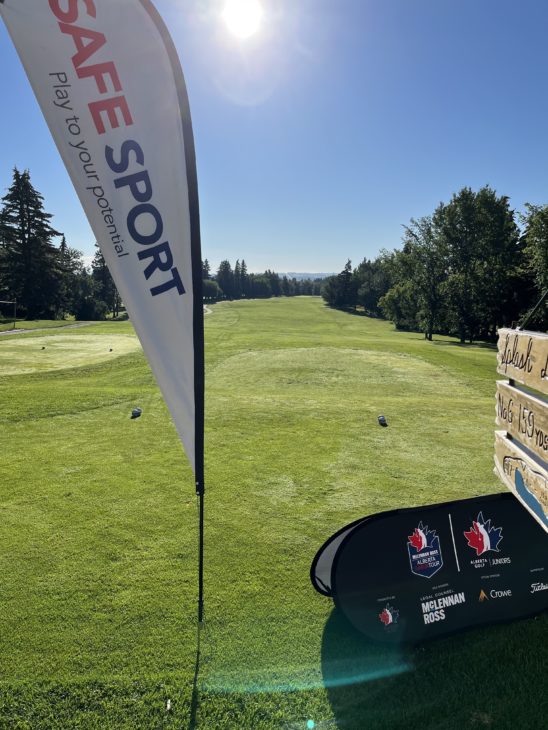 What a perfect day for junior golf, or ANY golf for that matter.  The annual Jordan Brand Memorial Junior Open, hosted by the Lacombe Golf & Country Club, was today’s Tour stop at what is one of the four remaining charter tournaments on the McLennan Ross Alberta Junior Tour (Innisfail, Nanton, Ponoka) dating back to the Tour’s first year in 1996.  The sun beamed down on 59 eager junior golfers from Edmonton to Calgary to Coronation and numerous towns and cities in between.  Despite a wicked wind and rain storm on Tuesday night this week, the course was in wonderful condition, with the sloped, slick greens of the Lacombe layout giving the players all they could handle.

Peter Hlushak of Windermere GCC, playing in the U15 division,  coped with conditions the best this morning, firing a terrific round of 1-under par 70 to breeze to the overall Junior Boys Championship and getting his name on the spectacular permanent trophy the club has for their Junior Open champion. It was the low round on Tour so far this summer. 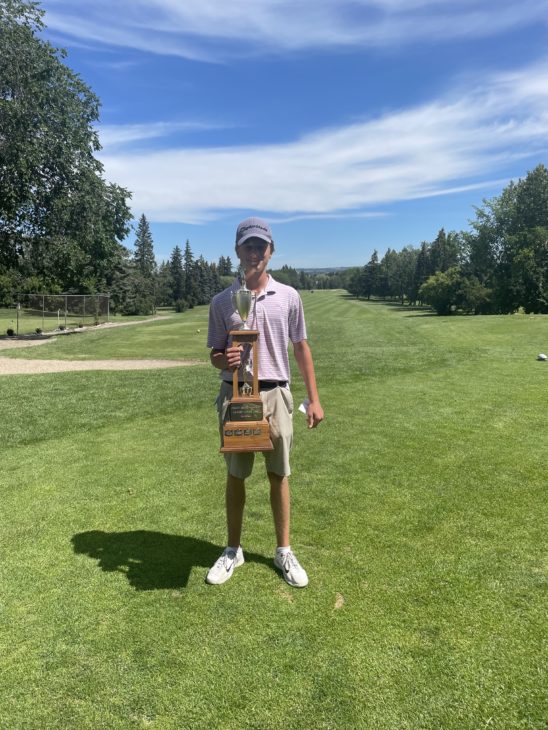 Hlushak’s nearest competitors were four players in the U17 flight, all 6 shots in the rear view mirror with 76s.  These players included Kelan Dhanani, Brady Weiss of Stony Plain, Ryan Badger of the Edmonton Petroleum Golf and Country Club, and the host club’s Easton McKinlay, already a Tour winner earlier this season. Hlushak’s win is also Exhibit A as to why we much prefer to have all the U19, U17 and U15 boys playing the same set of tees.  Many of these youngsters in the U15 division are more than capable of going toe to toe with the older kids. 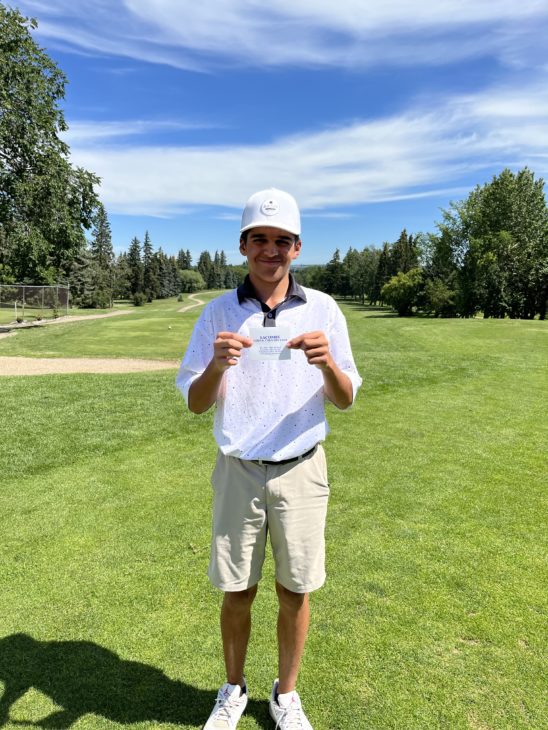 An interesting story came out of the boys U13 flight this morning.  As play got underway in the 9 a.m. shotgun start, 9-year-old Edwin Park of the Red Deer GCC (no relation to Eileen) rolled in a 20-footer on the 17th hole, his first of the day.  His “Long Putt” KP held up the entire day and Park, the youngest player in the field, took home a dozen Chrome Softs for his effort.  His score of 89 eventually ended up third in the flight, behind only two Tour ‘veterans’, Bennett Love (77) also of Red Deer, and Jayden Popik (80) of Belvedere.  Watch out, you older kids… Edwin is coming for you! 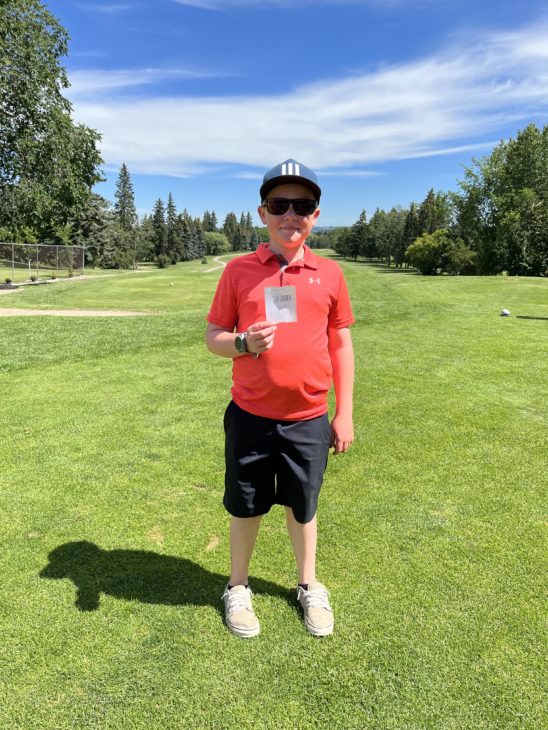 With Hlushak’s 70 winning the overall championship, the boys U15 first place money went to Charles Greaves with a 79.  As mentioned above in the boys U17 flight, Dhanani, Weiss, Badger and McKinlay tied with 76s, with a comparison of scorecards required to sort out the prize money. Max McCann of Canyon Meadows GCC was a single shot back in solo 5th with a 77. 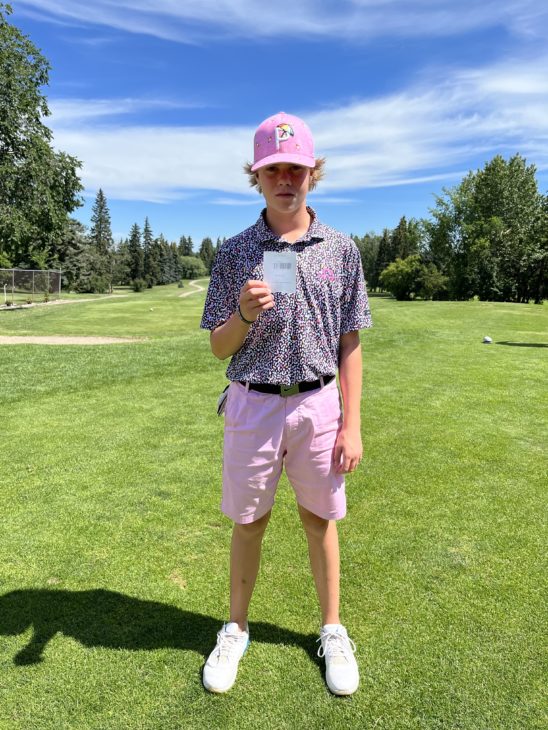 The boys U19 flight today went to Massimo Naccarato of the Edmonton Petroleum Club, with Dekin Benson runner-up in the division on 80. 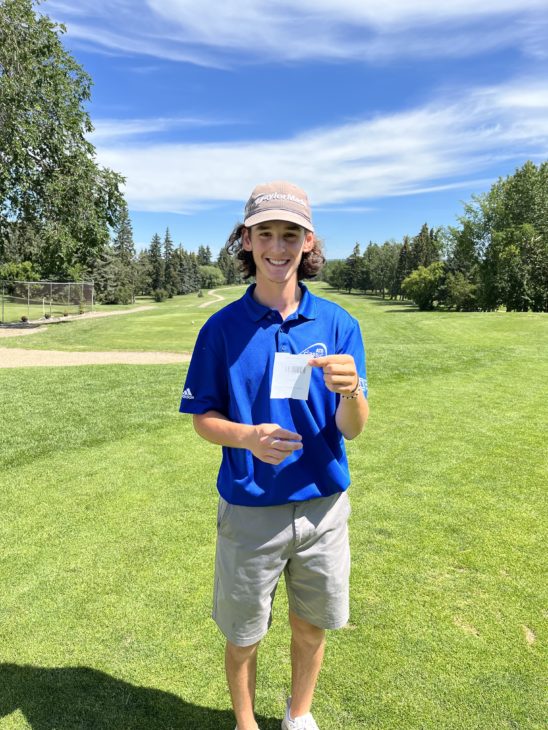 Seven junior girls were in the field today, all of them competing in the U15 and U13 flights.  Nicole Rohr of Camrose and Ellie Johnson of the Derrick were the twosome ‘rabbits’, first off  of Hole #1, and the two girls were signing their scorecards a brisk 3 hours and 30 minutes later!  VRRROOOOOOOMMMM!!!  Well done, kids on setting a great pace for the field.  The two lowest scores today came out of the U13 flight, with Justine Leon of Lakeside GC in Chestermere taking down the title with a fine 81. 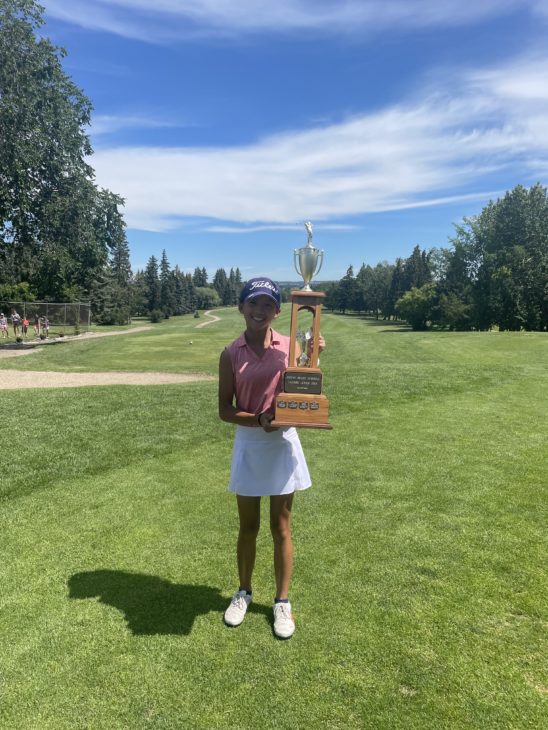 Sela Ogada of Sirocco was a single stroke back with a nifty 82 of her own. 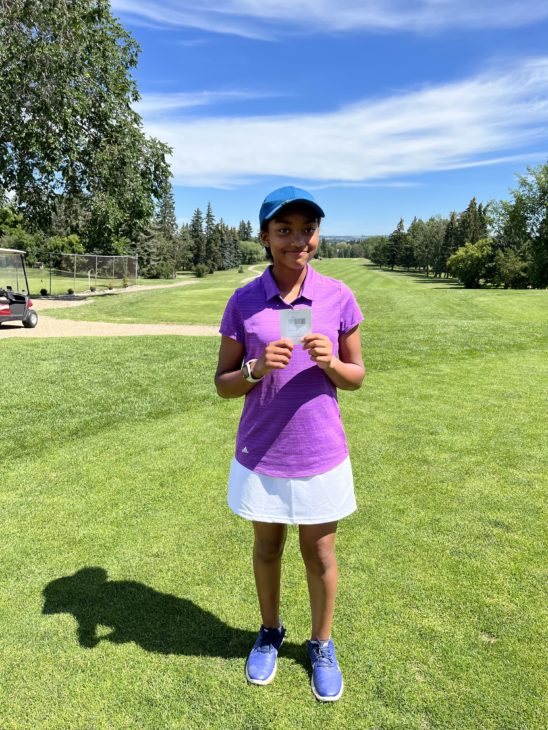 The McLennan Ross Alberta Junior Tour takes a break now until next Monday, which kicks off the busiest week of the summer on Tour.  Canmore on Monday ( 2pm shotgun start), Collicutt Siding in Crossfield on Tuesday (8:30 shotgun) , Olds on Wednesday ( 9:00 shotgun) and the 36-hole event at Goose Hummock Golf Resort near Gibbons on Thursday and Friday.  Check the Tour website for your pairings and tournament information. 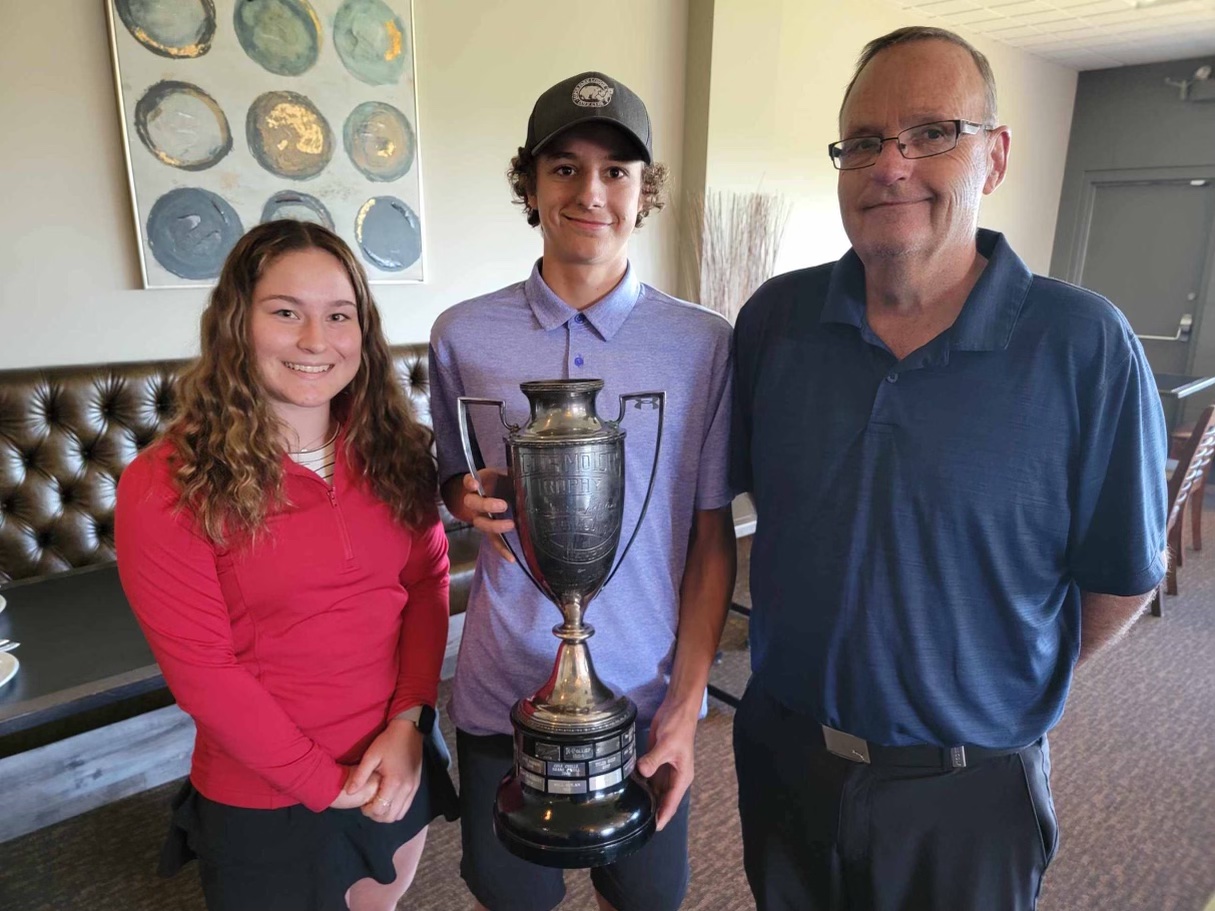