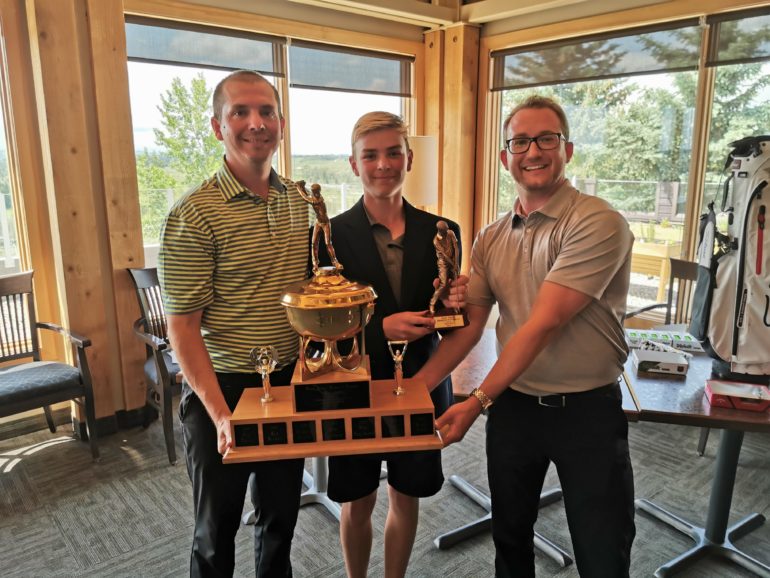 Thirty-five years ago, Pinebrook G & CC founded the Kevin Hipple Memorial Junior Open to honour the memory of a young junior member of the club who passed away far too early.  Over the last three-plus decades, thousands of Alberta junior golfers have helped respect Kevin’s memory by competing in this staple of the Calgary junior golf calendar. That era came to a wonderful and warm conclusion on Tuesday as Mrs. Martha Hipple, Kevin’s mother, was on hand to support the 40 juniors in attendance and to bring down the curtain on her family’s support of the tournament under the “Hipple” name.

On course today, Ryan Gillis of the host club fired the low round of the day, a fine 4-over par 75. Gillis captured the overall Low Net championship and also earned his way into the field for the Tour Championship on August 23 at Wolf Creek Golf Resort.

The two flights for older  junior boys had a blanket finish, with Colton Moscato of The Hamptons shooting 77 to best four other juniors tied one shot back on 78. Christian Hansen of River’s Edge GC in Okotoks, Aneesh Kaura of Pinebrook, Adam Amiri of the Derrick GWC in Edmonton and Jackson Findlay of the host club were all T2 with their 78s and all these players also punched their tickets to Wolf Creek. 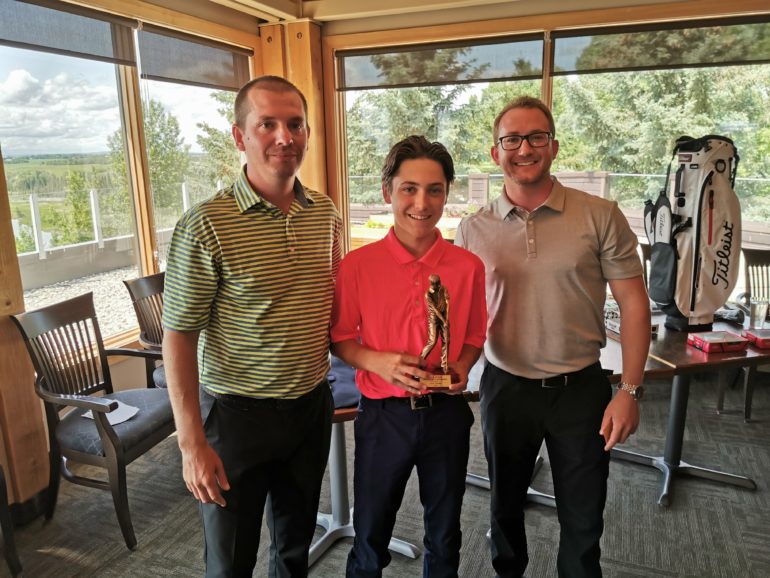 We had six junior girls on hand today, led by the 85 fired by Pinebrook’s Charlotte Charlton over her home course.  Brynne Davies of Earl Grey (94), last week’s winner in Innisfail, was runner-up.  Charlton earned today’s spot in  the Tour Championship for Junior Girls. 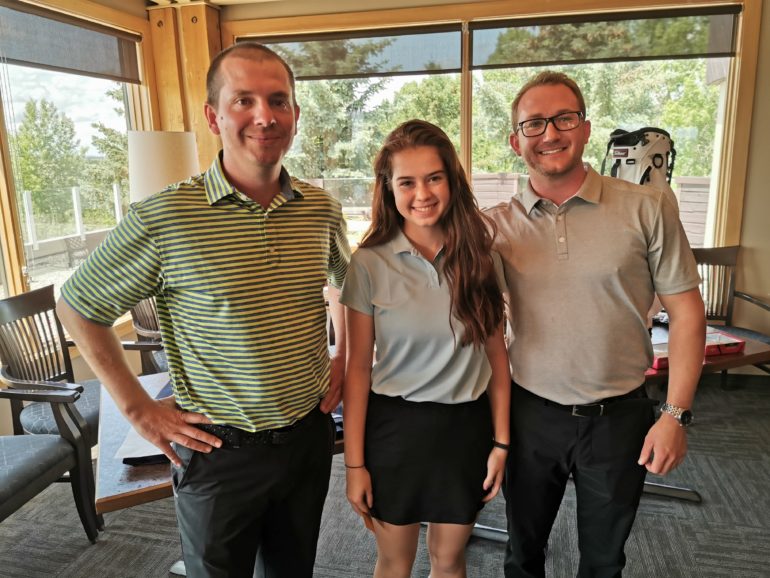 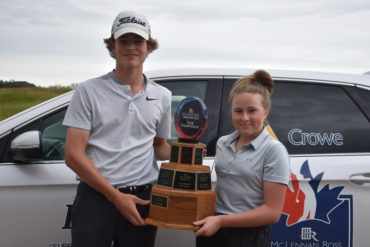 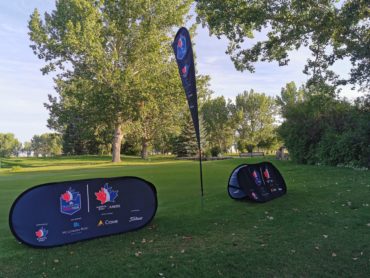 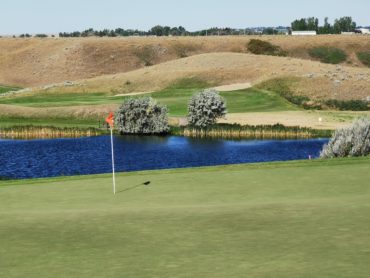